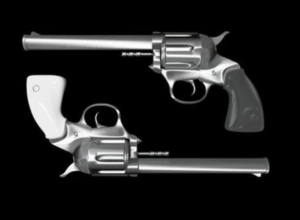 Two Long Branch men entered guilty pleas this week in connection with a Monmouth County shooting. Rayshawn Jones, 27, and Michael Seward, admitted to attempted murder and weapons charges stemming from an incident in West Long Branch wherein they discharged handguns in the direction of an SUV containing their intended target. The occupants of the SUV survived after being treated as Monmouth Medical Center.

Jones and Seward were later arrested by members of the Long Branched Police department. They were charged with an assortment of very serious criminal offenses. They pled guilty at the Monmouth County Superior Court in Freehold this weekk to first degree attempted murder, aggravated assault and unlawful possession of a handgun. During his plea, Jones said he was a member of the Bloods street gang. Both defendants are facing life in prison.

While this case is clearly an attempted murder, let’s take a look at why it would also be a crime of aggravated assault in New Jersey.

The Offense of Aggravated Assault in Monmouth County

New Jersey statute N.J.S.A. 2C:12-1(b) defines the offense of Aggravated Assault. Rather than provide a definition of a criminal offense, the statute has 10 general situations in which a person can be guilty of aggravated assault in New Jersey. All of these scenarios constitute aggravate assault:

When you are facing charges of serious, violent crimes in the State of New Jersey, such as aggravated assault, you need a criminal defense lawyer who has handled the big cases and who has a proven track record of success when the stakes are incredibly high. Look no farther than The Law Offices of Jonathan F. Marshall. Our attorneys has over a century of combined experience defending handgun charges, aggravated assault and other high exposure offenses in Freehold at the Superior Court. We also happen to employ several former prosecutors, including an attorney who is a former Gangs Guns & Drugs Task Forece Director. If you would like to one of our lawyers in a free initial consultation, contact our Freehold Office at 732-462-1197. An attorney is ready to take your call around the clock.