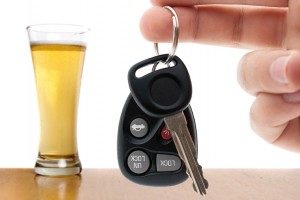 Most senior drivers operating vehicles in Middletown New Jersey do not end up being charged with DWI. This is unfortunately, however, exactly what happened to a 61 year-old man who was driving in Middletown recently. While the related news reports do not indicate the particulars regarding the circumstances of this arrest, we know that he is facing several offenses including driving while intoxicated, possession of heroin and drug paraphernalia. These charges carry penalties that are potentially life changing so it essential for someone like this accused to obtain representation from a skilled defense lawyer. retain an experienced Middletown DWI attorney.

New Jersey lawmakers take the offense of Driving While Intoxicated (DWI) and the similar offense of Driving Under the Influence of drugs (DUI) very seriously. It should not therefore come as a surprise that the penalties set forth in N.J.S.A. 39:4-50 are harsh and unwavering when it comes to assigning potential legal consequences to these charges. Even though a DWI offense is technically classified as a motor vehicle offense rather than a criminal offense, the legal retribution for a conviction or guilty plea on these offense leaves little room for leniency. In fact, many would argue that the consequences of a conviction for a DUI in Middletown or elsewhere in the state rivals a serious criminal violation.

The potential legal penalties facing this Middletown defendant are outlined in N.J.S.A. 39:4-50. They include a license suspension of 3-12 months or more, fees and fines that can exceed $700, insurance surcharges of $1,000 per year for 3 years, and potential jail sentences that can reach 30 days if this is his first offense. Depending on the circumstances of a DWI case, penalties can escalate quickly from this initial starting point for various reasons, such as an offender’s alleged blood alcohol content, or BAC, and the presence of any prior DWI or DUI convictions on the alleged offender’s record. Based on BAC levels, penalties can be elevated to include a driver’s license suspension of 7 to 12 months (i.e. for BAC of .10% or higher), ignition interlock requirements for 6 to 12 months after the suspension ends, upwards of $800 in fines and fees, annual $1,000 insurance surcharges for three years, and jail time of up to 30 days. For offenders previously convicted of another DWI or DUI charge in the past 10 years, penalties can reach an astronomical 10-year loss of driving privileges and up to 6 months of jail time, among other legal consequences, for a third offense. With ramifications like these hanging in the balance, it is crucial for this individual to retain an experienced Middletown DWI attorney. It would also be helpful if the skills of the lawyer extended to the defense of drug offenses like those of the former prosecutors and skilled staff at The Law Offices of Jonathan F. Marshall. Indeed, the heroin charge facing this individual is a third degree crime (i.e. a felony) that carries up to 5 years in jail, fine of $15,000 and a period of license revocation of 6-24 months.