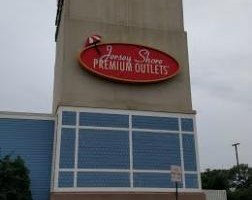 The Tinton Falls Police Department recently compiled a summary of the criminal arrests in the town during the period from April 1-15. Among the charges were thirteen (13) shoplifting offenses filed in the municipality. Of those arrested, eleven (11) were apprehended while attempting to commit retail theft at Jersey Shore Premium Outlets. There was no indication which stores were involved nor whether the charge stemmed from concealing or hindering merchandise, under-ringing, changing price tags, etc. Nonetheless, what needs to be acknowledged from the information is that Tinton Falls Municipal Court processes an extraordinary amount of shoplifting cases. The information released by the police shows thirteen (13) complaints filed in a two week period alone and this was not even during a particular shopping season. One could only imagine how high the figures are during Christmas or another high volume retail period.

When someone is arrested for shoplifting like these thirteen (13) individuals, their charges are usually heard in Tinton Falls Municipal Court. However, the jurisdiction of the court is limited to presiding over disorderly persons offenses. When an arrest involves merchandise with a value of $200 or more, the charge crosses into the indictable offense/felony category. An offense falls within the jurisdiction of the Monmouth County Superior Court when this occurs. Irrespective of which venue your case is to be heard, our Tinton Falls Shoplifting Lawyers are skilled in the defense of the N.J.S.A. 2C:20-11 violation you are facing. We are former prosecutors in the county who have represented thousands of clients throughout New Jersey who have been charged with shoplifting. This obviously included a significant number of cases in Tinton Falls insofar as we have an office right in the town. Call us for immediate assistance if you were like to discuss a criminal case.