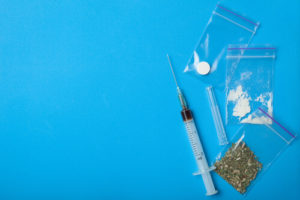 Club drugs, particularly Ecstasy and MDMA (a.k.a. Molly), have become very popular in Monmouth County in recent years. The demand for these substances has also resulted in a significant rise in arrests for possession and distribution. Police in every municipality are consistently on the lookout for those suspected of using or selling drugs, including club drugs like Ecstasy, MDMA and Molly. This is especially true in shore towns such as Manasquan, Belmar, Asbury Park, and Holmdel where the population of young people increases substantially during the summer months. Moreover, with several popular clubs and bars in these towns, in addition to the PNC Bank Arts Center, police are constantly watchful for people using or selling these controlled dangerous substances. If you were arrested for possession or intent to distribute Ecstasy, Molly or MDMA in Monmouth County, the attorneys at The Law Offices of Jonathan F. Marshall are here to assist you.

The criminal attorneys at our firm have been defending individuals charged with a wide range of drug offenses for over 100 years. Our team of defense lawyers and former prosecutors will work tirelessly to defend your case, ensuring that you get the outcome you are looking for. Please feel free to contact our Red Bank office or Freehold office today, as initial consultations are always provided at no cost.

The Office of the Attorney General recently published an outline of the “New Tougher Penalties for Ecstasy (MDMA”)” that have been adopted in New Jersey. Ecstasy related offenses were previously capped at a third degree crime but now include the possibility of a conviction for a second degree or first degree crime depending on the weight of the drugs being possessed or sold. It is a first degree crime to possess or distribute five (5) ounces or more of Ecstasy, MDMA or Molly. This violation carries a fine of up to $500,000, ten (10) to twenty (20) years in prison, a $3,000 Drug Enforcement and Demand Reduction Penalty (“DEDR”), and a driver’s license suspension of 6-24 months. If you are convicted of possession or intent to distribute over one-half ounce but less than five (5) ounces, it is a second degree crime that results in five (5) to ten (10) years in prison, a maximum fine of $150,000, $2,000 DEDR penalty, and the same license suspension as outlined previously. When the violation involves a weight of one-half ounce of less of Molly, MDMA or Ecstasy, the offense is a third degree crime punishable by three (3) to five (5) years in prison, a $75,000 fine, $1,000 DEDR penalty and the same suspension of driving privileges.

If you are currently facing your first criminal charge, our lawyers will work with the Monmouth County Prosecutor’s Office to help get you admitted into the Pre-Trial Intervention (PTI) program. Getting into the program is likely given our knowledge of the Monmouth County legal system and our familiarity with the judges and prosecutors. In fact, one of our attorneys is a former Monmouth County Superior Court prosecutor. Upon successful completion of the PTI program, your criminal charge will be dismissed and you can avoid a permanent criminal record.

As you can see, the penalties that apply in the event of a conviction for either possession or distribution of Ecstasy, Molly and MDMA are harsh. As such, it is important that you have an experienced drug lawyer to defend your rights in court. Our defense team is highly skilled in defending those arrest in Middletown, Wall, Long Branch, Marlboro, Howell and elsewhere in Monmouth Count. To discuss any questions you have about your charge or to speak with us about how we can help you, please do not hesitate to contact The Law Offices of Jonathan F. Marshall. Initial consultations are always provided free of charge, call our office today at 732-450-8300.