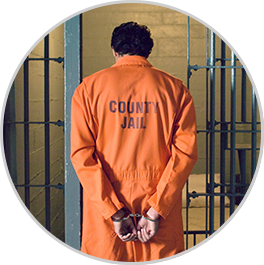 Accused of a Disorderly Persons Offenses?
Let Our Monmouth County Criminal Defense Attorneys Help You Defend Your Future and Freedom.
Get Your Free Consultation

The variety of criminal offense that municipal courts in Monmouth County possess jurisdiction to hear are termed “disorderly persons offenses.” These are the lowest grade of criminal charge provided for under the NJ Criminal Code. Violations falling within this category are commonly referred to as misdemeanors although they carry some very significant consequences. If you are convicted of a disorderly persons offense in a municipal court like the one in Holmdel, Middletown, or Wall, you will have a 2C record and face as much as six (6) months in the Monmouth County Jail. Don’t jeopardize your future by taking an arrest of this nature too lightly, especially in view of the fact that the former prosecutors and skilled defense attorneys at our firm have an extremely high success rate in securing dismissals and downgrades of disorderly persons offenses. Give our Red Bank, Middletown, or Freehold office a call for an appointment and here is some helpful information.

Although there are many charges that fall within this category, the more common ones are the following:

Fines Upon Conviction. The court may impose a fine of up to $1,000 and $500 for a Petty Disorderly Persons Offense. Court costs of $33 and assessments of $75 for the Safe Neighborhood Fund and $50 for the Victims of Crime Compensation Board also apply.

Jail Time. Individuals convicted of a DP are subject to up to six (6) months in jail. Petty disorderly persons offenses carry thirty (30) days in jail. A period of probation may also be imposed.

License Suspension. The court possesses broad latitude in imposition of penalties including, in many cases, the ability to suspend an individual’s drivers license.

Suspended Sentence. A municipal court judge is permitted to suspended anything other than a mandatory penalty. What this means is that the defendant has no obligation to comply with the portion of the sentence that is “suspended” absent his/her violating any condition(s) placed on the relaxation.

Conditional Dismissal. New Jersey has a diversionary program that allows for the conditional dismissal of a disorderly persons offense for certain first time offenders. The are strict eligibility requirements and, in addition, an individual must enter to a guilty plea to the underlying charge before they may be admitted into the program. The related judgment of conviction and result criminal record is never entered, however, if the defendant complies with the conditions of the dismissal imposed by the court. Our attorneys have an excellent success rate in gaining admission into conditional dismissal.

Conditional Discharge. This program is intended to allow individuals facing their first drug related disorderly persons offense (e.g. N.J.S.A. 2C:35-10 or 2C:36-2) to avoid a conviction by agreeing to a period of probation. Provided the accused complies with any and all conditions imposed during the supervisory period, the offense is dismissed. There are many limitations in terms of admission into this program but our lawyers have decades of experience successfully obtaining admission into conditional discharge.

Expungement. An individual may apply to have a conviction for a disorderly persons offense removed from his/her record after waiting five (5) years from the date of payment of all fines and other conditions of sentencing (e.g. completion of probation, community service, etc.). There are eligibility restrictions prohibit certain repeat offenders from securing this relief.

As you will see from the statistics below, Middletown ranks at the extreme in terms of disorderly persons offenses written each year. Given the population, square miles, and major highways Middletown Township, it probably should not be a shocker that it ranked third is this grade of charges in the 2013-14 period. If you were arrested for possession of marijuana, simple assault of another in Middletown, Wall Township or another municipality in the county, call our law firm for an immediate consultation with one of our experienced lawyers. An attorney is ready to assist you.