Obstructing the Administration of Law Charges 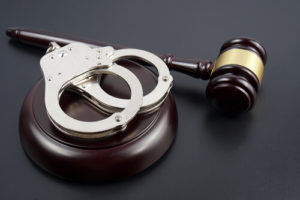 You might not know it but obstructing the administration of law is not unusual in Monmouth County and even comes up in small towns like Sea Girt, Belmar, Lake Como and Manasquan. Whether it was in an effort to flee police outside the Parker House, providing false information at Bar Anticipation or an attempt to thwart a police investigation near the Osprey, you can face serious consequences if you are unsuccessful in defending this charge. Obstructing, impairing or perverting the administration of government functions in Asbury Park or another municipality can not only result in a criminal conviction and record but can also carry up to 18 months in prison under certain circumstances (i.e. when it heard in Freehold as a fourth degree crime). The attorneys at our firm are victorious in avoiding a conviction in most obstruction offense cases. This rate of success stems from many considerations including our familiarity with the courts in Freehold, Asbury Park, Belmar, Holmdel, Lake Como and other towns, as well as our vast experience in defending this criminal charge. Former prosecutors from Monmouth County NJ are available now to assist you in our Red Bank Office, Belmar Office, and Freehold Office.

Our accomplished criminal lawyers can help you defend an obstructing the administration of law offense anywhere in Monmouth County, including in:

The charge of obstructing the administration of law or justice is set forth at N.J.S.A. 2C:29-1. An individual commits this offense when he or she purposely: (1) obstructs, impairs or perverts the administration of law or other governmental function; (2) prevents or attempts to prevent a public servant from lawfully performing an official function by means of flight, intimidation, force, violence, or physical interference or obstacle; or (3) by means of any independently unlawful act. The first thing you should have noted from this language is that you only can violate 2C:29-1 if you had the purpose to cause (1), (2) or (3) when you engaged in your conduct.

The following is other important dynamics of this law that you should be aware of:

As you might already know, police in Monmouth County have a tendency to jump the gun and issue an obstructing the administration of law and justice charge without proper basis. It clearly is not a violation of N.J.S.A. 2C:29-1 to voice disagreement or to refuse to provide information. So if you were arrested or are facing a charge for obstruction in Bradley Beach, Highlands, Keansburg, Middletown, Wall or Colts Neck, call our lawyers for the guidance you need. One of the obstructing attorneys at our firm will go over your options and plot a course to successfully defend you offense. An attorney is available immediately to assist you. Contact our office in Holmdel, Tinton Falls, Belmar, Red Bank, Asbury Park, Freehold or Wall Township for immediate assistance from a skilled lawyer.