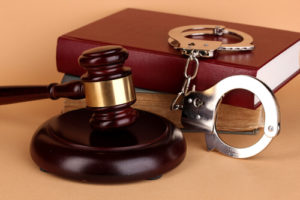 The criminal offense of obstructing the administration of law is charged much more frequently in Sea Bright New Jersey than most municipalities, especially during the summer months. The charge applies where someone intentionally obstructs or prevents a public servant from performing an official duty, or attempts to do so by force, threat, violence, obstacle or another unlawful act.

The obstruction defense lawyers at The Law Offices of Jonathan F. Marshall are ready to work on your behalf to achieve the best possible outcome for your case. Our attorneys, most of whom are former prosecutors, have defended hundreds of clients in Sea Bright Municipal Court over the last two decades, including many individuals charged with obstructing, simple assault, disorderly conduct and possession of marijuana and other drugs.

If you would like to take advantage of a free consultation with an attorney on our defense team, contact our Red Bank Office. A lawyer is available 24/7 to speak to you at 732-450-8300.

Obstructing the Administration of Law Charge in Sea Bright

The charge of obstructing the administration of law is set forth at N.J.S.A. 2C:29-1 and usually results in a disorderly persons offense (a misdemeanor) although it can also be charged in a town like Sea Bright as a fourth degree crime (a felony) in instances where a person has obstructed or attempt to obstruct a criminal investigation or prosecution.

Obstructing the administration of law is comparable to resisting arrest, but entails some intentional action being taken to prevent law enforcement from performing their official duties as opposed to being limited to arrest. The charge usually involves a defendant who attempts to derail the Sea Bright police, for instance, by giving a fake name or other false information, or by attempting to eat evidence (e.g. marijuana, cocaine or other drugs).

The fact that obstruction can be charged as either a fourth-degree indictable offense or a disorderly persons offense is significant in that a fourth degree crime results in a fine of up to $10,000 and up to 18 months in state prison. A fourth degree obstructing offense also falls outside the jurisdiction of Sea Bright Municipal Court and must be dealt with at the Monmouth County Superior Court which is located in Freehold New Jersey. A disorderly persons offense for obstructing the administration of law is handled in municipal court and is punishable by a maximum fine of $1,000 and up to 6 months in jail. It also results in a misdemeanor criminal record.

In addition, the state must prove that you actually prevented law enforcement from performing their official duties. This will usually require the state to show that you engaged in direct action, such as the use of force or threat. Proving that you said something nasty to the police or that you engaged them in a hostile dialogue will not be sufficient to convict you of the crime.

If the state cannot prove each and every element of the crime beyond a reasonable doubt, the charges may be dismissed.

Though it may not be the best idea to argue with the police, you do have the right to speak your mind, even when speaking to the police. Therefore, unless you are physically preventing law enforcement from performing their duties, or doing so by threat of bodily harm, they must treat you with a certain amount of tolerance. This, however, does not preclude them from placing you under arrest.

Obstructing the Administration of Law Defense Lawyers in Sea Bright

If you were arrested for obstructing the administration of law in Sea Bright, the defense lawyers at The Law Offices of Jonathan F. Marshall can help you avoid a conviction by either negotiating a dismissal or downgrade to a municipal ordinance violation or by skillfully present your case at trial. You should also know that at attorney on our staff can also help you secure a conditional dismissal – a diversion which allows you to avoid prosecution and the risks associates with a Sea Bright obstruction offense. To speak to a lawyer with the knowledge and courtroom skills to successfully defend your obstructing charge in Sea Bright, call our office at 732-450-8300. One of the attorneys is available around the clock to conduct a free case review.