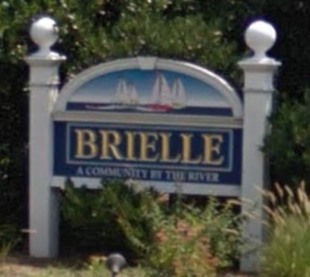 Arrested for DWI in Brielle?
Contact Our DWI Defense Firm To Speak To The Former Prosecutor Of Brielle New Jersey.
Get Your Free Consultation

With popular bars located in and around Brielle, including the Waypoint, Brielle River House, LaModina and the Pig & the Parrott Sandbar, police are busy identifying and arresting those who they suspect for DWI. The vigilance of the Brielle Police Department is definitely a factor in the number of DUI charges, as well as the town’s proximity to highways like New Jersey Route 71. If you were arrested for DWI, Refusal to Submit, or driving under the influence of drugs in Brielle, our firm is definitely a firm that you want to consider. We are not only the largest drunk driving firm in the state with several former Monmouth County municipal prosecutors on staff, we can also offer you:

Call our office any time 24/7 to discuss your pending charge and the specifics of what can be accomplished for you to avoid the stiff penalties that come with a DWI conviction. Our Wall Township Office can be reached at 732-449-2292 for a free consultation today.

For more detailed information about the Brielle Municipal Court, you can refer to the court’s official website.

Proving A DWI Charge in Brielle

Driving While Intoxicated (DWI) is governed under N.J.S.A. 39:4-50, which makes it unlawful for a person to operate a motor vehicle with a blood alcohol concentration (BAC) that exceeds 0.08%. From this brief description of the statute, it is evident that two elements must be proved in every prosecution. First, was the defendant “operating” the vehicle and, secondly, were they intoxicated (over the legal limit)? The term “operation of a motor vehicle” is comprised of four primary elements. All four of the following elements must be satisfied to constitute operation: (1) control of the vehicle; (2) present intent to move the vehicle; and (3) capability for the vehicle to move. These elements can be established through direct evidence (e.g. witness saw you driving), circumstantial evidence (e.g. you were found behind the wheel) and admission of the defendants that he was driving.

Assuming Steven Zabarsky, Esq., the prosecutor in Brielle Municipal Court, is able to prove operation then the issue becomes establishing intoxication. This is accomplished through either Field Sobriety Tests or scientific evidence such as a breath test.

For a first DWI offense, if the person’s blood alcohol concentration is .08% or higher but less than .10% they will face a fine between $250 and $400, license suspension for three months, and up to 30 days in jail. If the defendant’s BAC was higher than .10%, then they will face a fine of $300 to $500, loss of license of a period between seven months and one year, and imprisonment for up to thirty days. The defendant will also be required to spend 12 to 48 hours at an Intoxicated Drivers Resource Center.

For a second offense DWI, all of these things rise. The fine increases to between $500 and $1000, the loss of license will be for a period of two years, and the defendant must spend between 48 hours and 90 days in jail. This second offense also comes with a mandatory term of 30 days community service. Third DWI and subsequent offenses raise these fines and jail terms even more. There will be a mandatory fine of $1,000, up to 180 days in jail (90 of which may be served in a drug rehabilitation facility), and a ten year loss of license.

All of these offenses pursuant to other parts of 39:4-50 carry with them a $1,000 surcharge that must be paid once every year for three years and also the possibility that the court may put an ignition interlock device in your car (the device that takes a reading of your BAC before allowing you to start your motor vehicle). These penalties are only heightened by any accompanying aggravating factors, such as driving while intoxicated in a school zone.

How Our Brielle NJ DWI Lawyers Can Help

Though DWI charges are extremely severe and potentially life-altering, do not think that there is nothing that can be done with your Brielle DUI. The field sobriety test and the Alcotest, while reliable tests, are often administered inappropriately. The ability to spot these discrepancies may prove to be critical in helping you or someone you know keep your license and avoid heavy fines. Furthermore, even if you are found to be guilty, an experienced attorney may be able to lessen the severity of the offense, reducing the time for loss of license and time in jail for a DWI conviction. At The Law Offices of Jonathan F. Marshall, we have more training on the Alcotest than most police officers and, in fact, are one of four firms in the entire state to own the machine. Assuming the breath test results can be suppressed, something that we are able to achieve in many cases, then it comes down to field sobriety evidence. Our Brielle NJ DWI Lawyers are not only among the approximately 15 lawyers certified in these tests, but also are instructors in field sobriety testing. It is rare to find an arresting officer with this level of expertise in field sobriety testing and you deserve nothing less than that in your attorney. So if you or someone you love has been charged with a DWI offense, whether it is your first, second, third or subsequent, in Brielle, please do not hesitate to contact one of our Monmouth County offices today to discuss the particulars of your case with an experienced attorney.