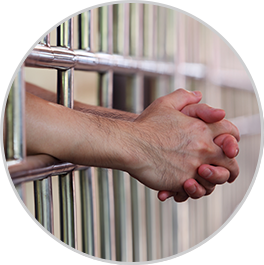 Accused of an Indictable Crime?
Let Our Monmouth County Criminal Defense Attorneys Help Your Defend Your Future and Freedom.
Get Your Free Consultation

Felony offenses are referred to as indictable crimes under the New Jersey Criminal Code. These types of charges fall within a grading system that defines crimes in terms of First Degree, Second Degree, Third Degree and Fourth Degree. Whenever someone is arrested and charged with an indictable crime, they are entitled to presentment of their case to a grand jury absent execution of a voluntary waiver. The grand jury must return a true bill, commonly referred to as an indictment, or the Monmouth County Prosecutor’s Office cannot prosecute the case. Grand jury proceedings only take place at the Superior Court in Freehold NJ. The result is that while you can be arrested for an indictable charge in a municipality like Keansburg, Atlantic Highlands, Brielle, Colts Neck, Aberdeen or Eatontown, the case must ultimately go to Freehold for handling. If you were indicted in Freehold, the lawyers at The Law Offices of Jonathan F. Marshall, include multiple former prosecutors in Monmouth County and a team with over 100 years of collective experience, to utilize on your behalf. We have defended just about every felony/indictable charge that you can imagine and are prepared to discuss the specifics of your case in a free initial consultation. Call our Freehold Office or Red Bank Office for immediate assistance.

Penalties If Convicted of an Indictable Offense

We defend all Monmouth County indictable charges and have been for literally decades. Our defense firm represents individuals arrested on suspicion of first, second, third and fourth degree crimes throughout the county, including Union Beach, Shrewsbury, Spring Lake, Ocean, Wall, Tinton Falls. The attorneys at our firm are ready to put their century plus of combined experience to work for you, so don’t hesitate to give us a call. An attorney is available 24/7 in both our Red Bank Office and Freehold Office.