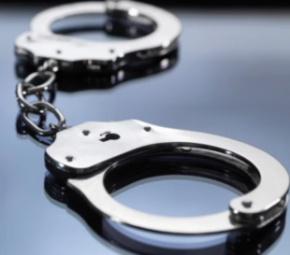 Accused of Sexual Assault?
Our Former Monmouth County Prosecutors Have Over 200 Years Of Experience Defending Clients Charged With Rape.
Get Your Free Consultation

The impact of being charged with sexual assault, commonly referred to as rape, can be catastrophic. You will be exposed to a decade or more in prison, thousands in fines and registration as a sex offender under Megan’s Law. This is why you need to take immediate action if you have been accused of sex assault, rape or molestation anywhere in Monmouth County. Enlisting the services of a highly skilled sex crimes lawyer to protect your freedom and future is an absolute priority.

Our Freehold law firm, the Law Offices of Jonathan F. Marshall, has exactly what is needed to ensure you move on with your life with minimum impact from these allegations. Our rare and unique qualifications include:

If you are under investigation or were arrested for sexual assault, call us for the assistance you need. An attorney on our staff will take the time to conduct a thorough review of the facts of your case and advise you as to your best options for defending the sexual assault charge. To speak to a lawyer at the firm anytime 24/7, contact our Freehold Office at 732-462-1197 for a free consultation.

How Is Sexual Assault Defined?

Sexual assault is set forth at N.J.S.A. 2C:14-1 (b). This statute is commonly referred to as the NJ sexual assault law and renders a person guilty of sexual assault (a.k.a. rape) if they have “sexual contact” with a child between four (4) years old and thirteen (13) years old or if there is sexual penetration under the following circumstances:

“Sexual contact” is defined in N.J.S.A. 2C:14-1(d) as the intentional touching of a person’s intimate parts for the purpose of degrading or humiliating the victim or sexually arousing or sexually gratifying the actor.

Sexual Assault is a crime of the second degree. An offense falling within this grade exposes an individual to:

While these penalties are bad enough, the fines, jail time and other consequences are even worse for aggravated sexual assault.