Assault With a Deadly Weapon

Charged With Aggravated Assault With a Deadly Weapon in Monmouth County 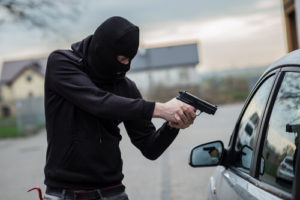 There are a wide variety of objects that can be considered “deadly weapons” so it is not uncommon to have one involved in an assault offense. While there often is no intention to use the item as a weapon, there are instances where it ends up used in a physical encounter. If you find yourself charged with an assault involving a deadly weapon, whether intention or unintential, our defense lawyers have the experience to make sure you have the best chance of avoiding a potentially catastrophic conviction. Our team of experienced criminal defense attorneys is comprised of former prosecutors and has over 100 years of combined experience in defending the people against criminal charges in Monmouth County, including assault with a deadly weapon. If you were arrested for allegedly assault someone with a weapon in a Monmouth County municipality like Asbury Park, Belmar, Eatontown, Holmdel or Manalapan, we definitely can help you. Call our Red Bank Office or Freehold Office now for the assistance you are looking for.

Pointing Firearms. It is a fourth degree aggravated assault when the defendant knowingly points a firearm at or in the direction of another whether or not the defendant believes the firearm to be loaded when the defendant under the circumstances manifests extreme indifference to the value of human life. This does not include the pointing of deadly weapons in general, but rather only firearms. If the defendant pointed a firearm at a law enforcement officer he is subject to a third degree charge.

No Early Release Act (NERA). New Jersey has adopted strict parole ineligibility guidelines for those found guilty of violent crimes. NERA, the No Early Release Act, mandates that offenders serve eight five (85) percent of their sentence before they are eligible for parole. NERA applies to assault with a deadly weapon charges. Because of this mandated severe penalty, you must employ the services of an attorney before appearing in court. Call the Law Offices of The Law Offices of Jonathan F. Marshall today so that his experience criminal defense team can defend you against these serious charges. Regardless of where you are located in Monmouth County, we are prepared to defend you against your charge.

All deadly weapon assault charges are indictable offenses of the second or third degree. What this means is that this variety of assault offense can only be dealt with in Freehold at the Superior Court. Mr. Marshall began his career in 1992 at the Freehold Courthouse and has made thousands of appearances in the Criminal Division since then. There are others in the firm with similar experience and even more. We are ready to review the circumstances of your arrest in Colts Neck, Hazlet, Howell, Tinton Falls, or Middletown and to develop a plan for you to escape the penalties of a conviction. Attorneys are available immediately to help you.