Need a Lawyer to Defend Aggravated Assault Charges at the Superior Court in Freehold NJ? 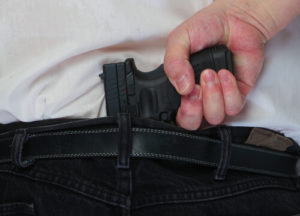 The criminal defense team at The Law Offices of Jonathan F. Marshall represents clients charged with aggravated assault throughout Monmouth County, including the Superior Court in Freehold NJ. Our attorneys possess the knowledge and trial advocacy skills necessary to defend your assault charges and help you win in the event you have to go to trial. Our decades defending aggravated assault charges in the county have not only allowed us to build longstanding relationships with prosecutors and other key personnel but also provided us with a high level knowledge as to how to effectively defend this offense. Whether it was a Manasquan bar fight, a domestic assault in Tinton Falls, a physical encounter at an athletic event in West Long Branch or some other scenario that resulted in you being charged with aggravated assault, we have the qualifications you need, including:

Give our Freehold Criminal Firm a call anytime as a lawyer on our staff is ready to assist you. The following is a review of the important aspects of the law governing Aggravated Assault.

Aggravated assault can arise in a variety of ways in New Jersey. The offense can be filed as a result of a criminal complaint filed by a local police officer in Middletown, Wall or another municipality, or by way of an indictment obtained by the Monmouth County Prosecutor’s Office. In order for the complaint or indictment to be valid, it must set forth a legal basis for this charge. N.J.S.A. 2C:12-1(b) outlines those instances where someone can be charged with aggravated assault and face this indictable crime in Freehold.

We have provided detailed articles on each form of this offense on the following pages:

The severity of an aggravated assault charge and the penalties that apply is measured in terms of grade of crime. In this regard, this violation can arise in the form of a second degree, third degree or fourth degree crime. All of these are indictable felony offenses that are handled exclusively at the County Courthouse in Freehold NJ.

Fourth Degree Aggravated Assault. This grade of offense is committed with an actor recklessly causes bodily injury to another with a deadly weapon. Conduct is reckless where it is committed in the face of a substantial and unjustifiable risk that the injury would occur. Appointing a loaded handgun, shotgun or other firearm at someone also results in fourth degree aggravated assault. There is the potential for a $10,000 fine and up to 18 months in prison/jail at the time of sentencing for aggravated assault in the fourth degree.

Status of the Victim. If the victim of a simple assault is law enforcement officers, firemen or emergency services personnel, school personnel, employees of youth and family services, judges, certain transportation employees (for example, the operator of a motor bus), corrections, probation and sheriff employees, or certain utility and cable television employees, the law enhances the offense to aggravated assault.

All aggravated assault offenses are heard at the County Courthouse in Freehold because that is the only place where felony criminal cases (i.e. second, third and fourth degree crimes) can be heard. So irrespective of whether you were arrested in Manalapan, Long Branch, Howell, Holmdel or Keansburg, that is the place where your charge will be dealt with. With staff includes long time members of the Monmouth County bar who have been litigating both difficult and basic aggravated assault cases for years. We have even handled them from the opposite perspective as prosecutors. Give us a call anytime 24/7 to speak to an attorney. You are also encouraged to schedule an appointment in our Freehold or Red Bank office.