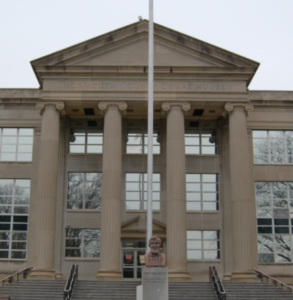 Our Former Howell & County County Prosecutors Are Ready To Defend You

There are many ways that someone can be charged with aggravated assault in Howell New Jersey. While committing an assault on a police officer is probably the most common scenario, bar fights, domestic violence and other fact patterns are also common. Irrespective of the circumstances that mushroomed into your Howell aggravated assault charge, you need the services of an accomplished defense lawyer.

Unfortunately, an aggravated assault offense is always a felony crime of the second degree, third degree or fourth degree that carries serious ramifications. You can be fined thousands of dollars or even sent to state prison if you are convicted. Selecting the right attorney to defend you at the Monmouth County Superior Court is crucial to your protecting your future.

Here at The Law Offices of Jonathan F. Marshall, we can offer representation from a team of eight criminal attorneys that have over a century of experience defending all types of assault charges. It also helps that we are former county and municipal prosecutors and have even served in Howell Township.

To speak to one of our lawyers immediately in a free consultation, call 732-450-8300. An attorney is available 24/7 to provide the sound guidance you need.

N.J.S.A. 2C:12-1b contains what is essentially New Jersey’s aggravated assault law. There are many ways that someone can be subject to prosecution under this statute, including attempting or causing “serious bodily injury” to another person in Howell or another municipality. Serious bodily injury is defined as “bodily injury which creates a substantial risk of death or which causes serious, permanent disfigurement, or protracted loss or impairment of the function of any bodily member or organ”. An assault involving significant bodily injury also triggers a violation of 2C:12-1b.

Another way to be charged with aggravated assault in Howell is as a result of attempting or causing bodily injury to another person with a deadly weapon. While most people equate a deadly weapon with a gun, knife, hammer, bat or other object that is clearly dangerous, just about anything is a weapon so long as it is capable of causing death or serious bodily injury.

As previously stated, assaulting a Howell police officer can also result in aggravated assault. In fact, there is a long list of public officials and employees, including police, teachers, EMT, fireman, who are afforded heightened protection under NJ Law. When a simple assault is committed against a person occupying such a capacity, the conduct escalates to an aggravated assault offense under 2C:12-1b(5).

Penalties That Apply To A Howell Aggravated Assault Charge

The severity of the penalties you will face if convicted of aggravated assault in New Jersey will depend on how the charge is graded. With this in mind, an aggravated assault may be charged as a fourth, third, or second degree crime (all felonies), depending on the nature of the crime.

Second-degree Aggravated Assault. Attempting to cause or causing bodily injury to another, purposely or knowingly, or recklessly with extreme indifference to the value of human life, as well as, causing bodily injury to another person while fleeing or attempting to flee from the police or while unlawfully operating a motor vehicle to evade arrest will be graded as second degree indictable offense, punishable by 5-10 year in a state prison and fine of up to $150,000. In addition, you will be required to serve at least 85% of your prison sentence before you are eligible for parole.

Third-degree Aggravated Assault. An aggravated assault will be graded as a third degree crime if it involves:

If convicted of a third-degree indictable offense for aggravated assault you will be facing 3-5 years in state prison and a fine of up to $15,000.

Fourth-degree Aggravated Assault. Recklessly causes bodily injury to someone with a deadly weapon or pointing a firearm at someone, whether you believe it to be loaded or not, will be graded as a fourth degree crime, punishable by a fine of up to $10,000 and up to 18 months of incarceration. It is also a fourth degree crime to commit aggravated assault on a police officer, teacher or other individual protected under 2C:12-1b(5) provided they do not suffer bodily injury.

If you or a loved one has been charged with aggravated assault in Howell, New Jersey, it is in your best interests to hire a skilled lawyer immediately. As you can see, a conviction for aggravated assault at the Superior Court will have severe consequences and having an accomplished attorney on your side can be invaluable. The attorneys at The Law Offices of Jonathan F. Marshall are available 24/7 to discuss how we can assist you in this capacity. For a free consultation with one our lawyers, call (732) 450- 8300.