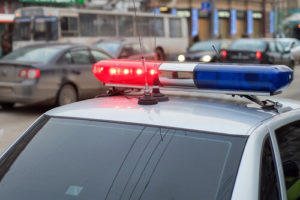 The criminal offense of simple assault in Howell New Jersey in many different situations. The charge of simple assault involves intentionally, knowingly, or recklessly causing bodily injury to another person and is commonly associated with bar fights, neighborhood disputes, and domestic violence.The key point for you to remember is reviewing this pages is that an attorney at our firm is successful in avoiding a conviction in Howell Municipal Court for simple assault in almost all cases.

Although simple assault is a disorderly persons offense, the equivalent to a misdemeanor, it is still results in a record, the possibility of jail and other serious consequences for your future. Therefore, you should do whatever you can to avoid a conviction and/or minimize the consequences. Hiring a lawyer at our firm will dramatically increases the chances of you escaping the pitfalls of being found guilty of a Howell simple assault.

We are The Law Offices of Jonathan F. Marshall, a team of eight criminal defense attorneys that have been practicing in Howell and the rest of Monmouth County for over a century combined. One of our lawyers even served as the prosecutor of Howell so we are clearly highly familiar with the workings of the court system in the municipality. Call us at 732-450-8300 for a free consultation with an attorney anytime 24/7.

Under New Jersey statute N.J.S.A. 2C:12-1(a), there are basically three ways to commit simple assault. This law exposes an individual to a simple assault offense if they:

Some examples of behavior that can constitute a simple assault include shoving, slapping, pushing, kicking, or punching someone, or any other act that is committed when you know or should have known that it could cause bodily injury to another. Acts that are committed recklessly without knowing that it could cause injury to others may also be considered a simple assault.

There is a potential laundry list of defenses to a Howell simple assault charge, including:

While self-defense and defense of others are simple concepts to understand, proving them in a court of law can often be difficult. This is where the skill and expertise of an experienced criminal defense attorney can help. A savvy lawyer can also ensure that you obtain admission into the conditional dismissal program or secure a downgrade to a civil sanction known as an ordinance violation when an outright dismissal cannot be secured.

If you or someone you know has been arrested for simple assault in Howell, New Jersey, the lawyers at The Law Offices of Jonathan F. Marshall have what it takes to help you. In fact, we have a long track record of averting simple assault convictions so it is certainly in your best interests to take advantage of a free consultation with one of our attorneys. You can call (732) 450 – 8300 around the clock to speak to an attorney immediately about how we can help you obtain a dismissal of your charge.