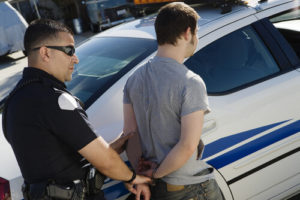 When the victim of a physical confrontation in Manasquan NJ is a police officer or is someone who sustains serious or significant injuries, you can expect an aggravated assault charge under N.J.S.A. 2C:12-1(b) to be filed. If you find yourself in the predicament of being charged with second degree, third degree or even fourth degree aggravated assault, you need to hire an attorney immediately. Whether the offense was the result of a mutually agreed to bar fight or what was actually a minor scuffle with the Manasquan police, aggravated assault is a felony that always triggers the potential for state prison. This is a much different and more serious accusation than those involving simple assault in Manasquan or a Manasquan resisting arrest. Our team of criminal attorneys can assist you in negating a poor outcome. We are former prosecutors with over one hundred years of collective experience defending aggravated assault charges in Manasquan and at the Monmouth County Superior Court. Give us a call for the consideration you need in this confusing time. The consultation is without charge.

In addition to the fines and penalties previously set forth, a conviction for second degree aggravated assault falls within the No Early Release Act (“NERA”). NERA requires that an individual serve at least 85% of any state prison term imposed before they are eligible for parole. This ineligibility period is also referred to as a mandatory minimum term.

As you can see, an aggravated assault offense has the potential to dramatically change your life. You will not only have a felony record but also face the real possibility of a state prison term if you lose your case. This is good reason to make sure you identify the attorney who provides you with the best opportunity to successfully defend your Manasquan aggravated assault. We believe our firm includes attorneys that can afford you this opportunity. Call us anytime 24/7 to discuss your offense.