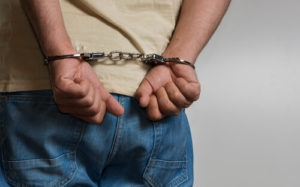 Your objective in reading this article is probably two-fold. First, you are attempting to educate yourself regarding the law surrounding an aggravated assault offense for causing serious bodily injury to another person. The second thing you may be seeking is to research which law firm is best suited to represent you on a second degree aggravated assault charge at the Monmouth County Superior Court in Freehold NJ. Lets address the latter issue first as it requires less time. Our criminal defense firm, The Law Offices of Jonathan F. Marshall was founded in Red Bank in 1999. Even prior that that time, Mr. Marshall and other members of his firm were appearing for years and, in some cases, decades that the Courthouse in Freehold. His team of former prosecutors and criminal attorneys includes 7, making it the largest defense firm in Monmouth County. We have effectively defended thousands of assault cases including many where our client was accused of intentionally causing serious bodily injury. If you were arrested in Howell, Middletown, Long Branch, Marlboro, Ocean Township or another jurisdiction and are seeking representation because you are accused of purposely causing someone to be seriously injured, give our Freehold Office or Red Bank Office a call. The consultation is free and we are available 24/7 to help you.

This brings us to the primary reason you may have been reading this article, namely, to educate yourself about the law that applies to an aggravated assault resulting from causing serious bodily injury to another person. This type of aggravated assault is set forth at N.J.S.A. 2C:12-1(b)(1) and carries the same penalties as those which apply for attempting to cause serious bodily injury.

The prosecutor representing the state in Freehold will have to prove two elements to convict you of this form of second degree aggravated assault. First, the accused must have caused serious bodily injury. This occurs where the assault creates a substantial risk of death or results in a serious, permanent disfigurement, or protracted loss or impairment of the function of any bodily member or organ. This level of injury must be sustained or this variety of aggravated assault does not apply. Examples of injuries reaching this level include deep stab wounds, head injuries sustained as a result of a bat, or fractured facial bones as a result of repeated strikes to the face.

The second element that must be proven in order for someone to be guilty of a second degree aggravated assault for causing bodily injury is that the actor’s conduct be intentional or recklessly under circumstances manifesting extreme indifference to the value of human life. Conduct is intentional when it is undertaken with a substantial likelihood of producing a known result. The lesser standard of recklessness requires, in contrast, that someone act with extreme indifference, namely, a conscious disregard, to a substantial risk of death or serious bodily injury. The typical example of where this is alleged is in the situation where a defendant is accused of striking a victim after they are defenseless (e.g. unconscious, paralyzed, etc.). In the context of assault by auto, an individual acts with a conscious disregard for the value of human life when commit DWI.

As previously stated, purposely or recklessly causing serious bodily injury as a result of an assault is a second degree crime. Second degree aggravated assault can result in a sentence of up to ten (10) years in state prison. There is also the possibility of a fine that can be as high as $150,000. In addition, the No Early Release Act obligates the sentencing judge to impose a mandatory minimum sentence of at least 85% of the term imposed. The defendant is ineligible for parole until this minimum term of imprisonment has been reached.

Our attorneys are available to speak to you about your charge over the telephone or to set up an appointment in our Freehold Office. We will take the time to review the incident that occurred in Wall Township, Aberdeen, Hazlet, Holmdel, Belmar or Lake Como, and devise a plan to deliver the best possible result. Our lawyers have over 100 years of collective experience to call up to help you escape a prison sentence and other serious consequence that result from an aggravated assault conviction under 2C:12-1(b)(1). Call us anytime of day or night to arrange bail, discuss how we can help you or for any other reasons. An attorney is available immediately in our Freehold and Red Bank Offices.