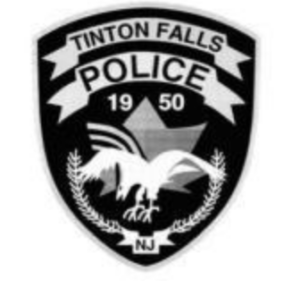 The historic borough of Tinton Falls offers its residents and visitors an assortment of sightseeing, dining and shopping opportunities. Inevitably, crowds bring with them arguments and confrontations that escalate and the next thing you know, a police officer is arresting you for aggravated assault. When facing criminal charges that can send you to prison and leave you with a permanent record as a convicted felon, the attorney you choose to represent you must possess the courtroom skills and knowledge of the law to be capable of aggressively fighting the charges and winning.

The aggravated assault lawyers at the Tinton Falls Law Offices of Jonathan F. Marshall have a proven record of successfully defending people charged with the most serious criminal offenses at Monmouth County Superior Court in Freehold New Jersey. With more than 200 years of combined experience, a team of former Monmouth County Prosecutors (e.g. Former Director of Major Crimes, Trial Division, Juvenile Diversion, etc.) and a team engaged exclusively in the practice of law in criminal and municipal courts, our defense lawyers provide aggressive and highly competent representation to those arrested for aggravated assault in Tinton Falls.  Our commitment to client-focused representation begins when you call our office at (732) 450-8300 at any time of the day or night to be connected to a member of our defense team ready to discuss your Tinton Falls aggravated assault case and answer any questions about it in a free consultation.

An aggravated assault offense may arise through a number of activities. Some of the activities specified in N.J.S.A. 2C:12-1(b) that could result in an arrest and criminal charges include:

N.J.S.A. 2C:12-1(b) designates individuals engaged in specific occupations for protected status under the law. A simple assault as defined in N.J.S.A. 2C:12-1(a) is the equivalent of a misdemeanor, but if committed against someone in one of the protected occupations, including a police officer, school teacher, school administrator, bus driver or firefighter, you could be charged with an aggravated assault offense.

Penalties for an Aggravated Assault Conviction in Tinton Falls

Aggravated assault in Tinton Falls is an indictable offense. Don’t let the term “indictable offense” fool you into believing it is not a serious offense. It is actually equivalent to a felony and a conviction prevents you from ever owning or possessing a firearm and could keep you from qualifying for certain occupational licenses, such as security or real estate. Some employers will not hire you simply because of a felony conviction appearing in a background check.

If you want to avoid the penalties and long-term consequences of a conviction for aggravated assault, the attorney you choose to represent you may increase the chances of an acquittal. Aggressively challenging the evidence, including statements you might have made to police, is only one of the methods we rely upon to give you an advantage over the prosecution.

When you need an outstanding criminal defense against an aggravated assault offense in Tinton Falls, the attorneys at the Law Offices of Jonathan F. Marshall have the experience and the know-how to help you avoid the consequences of a conviction. Call us at any time of the day or night at (732) 450-8300 to speak with a knowledgeable defense attorney in a free consultation.