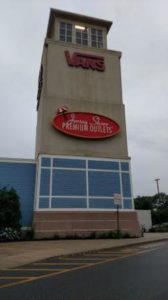 Tinton Falls is an extremely popular shopping destination as the home of Jersey Shore Premium Outlets and many other stores. The loss prevention departments and police in the Tinton Falls are well aware that people shoplift and are on the look out for people attempting to steal merchandise. The attorneys at our firm find, however, that these efforts result in not only legitimate shoplifting arrests but also instances of overreaching where innocent mistakes result in charges. If you were arrested and/or charged with shoplifting in Tinton Falls, our criminal attorneys are ready to serve you. With several former prosecutors on staff, a team of attorneys that possesses over 100 years of collective experience and an office in Tinton Falls, we are well positioned to insure that the best result is achieve on your behalf. For a free initial consultation, call our Tinton Falls Shoplifting Lawyers at 732-542-1023.

Although a conviction on any grade of shoplifting results in a criminal record, there is a wide range of penalties that can apply. The severity of the consequences hinges on the value of the merchandise allegedly stolen. When the value of the goods is $75,000 or more, the offense is a second degree crime that carries the possibility of a $150,000 fine and up to ten (10) years in prison. Shoplifting involving merchandise worth at least $500 but less than $75,000 is a third degree crime that can result in a $15,000 fine and a five (5) year jail sentence. Fourth degree shoplifting, which applies where the property stolen is worth at least $200 but less than $500, results in up to eighteen (18) months in prison/jail and a maximum fine of $10,000. Second, third and fourth degree shoplifting are indictable felonies that may only be adjudicated at the Monmouth County Superior Court. Shoplifting of merchandise/goods with a value of less than $200 result in a disorderly persons offense falling within the jurisdiction of the Tinton Falls Municipal Court. Honorable Richard Thompson or another judge sitting in this court may sentence you to a county jail term of up to six (6) months, a fine of $1,000, and community service of at least 10 days for a first offense and 15 days for a second offense. A mandatory jail term of at least 90 days applies if you are convicted of a third or subsequent offense.

We are the largest criminal firm in Monmouth County and, as such, have occasion to defend countless clients on shoplifting charges. These efforts include defending many individuals accused of shoplifting in Tinton falls NJ. In a large majority of these cases, we have been successful in avoiding a conviction and the negative consequences that come with pleading or being found guilty by either securing our client’s admittance into Pre-Trial Intervention or getting the charges dismissed based on a proof issue. To learn what we can do for you in defending a municipal court or Monmouth County Superior Court shoplifting case arising in Tinton Falls, call our office any time for a free consultation with an attorney at our firm. Our Tinton Falls NJ Shoplifting Defense Lawyers are ready to provide you with the guidance you need.