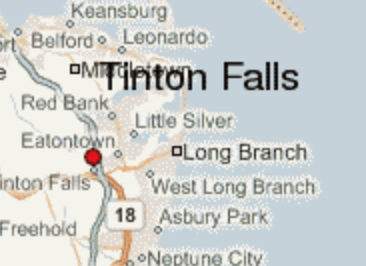 Tinton Falls has the 12th highest population in Monmouth County so common sense tells us that you are not alone if you were charged with simple assault in the municipality. Whether it was the result of a bar fight, domestic conflict or some other circumstance, simple assault charges arise frequently in Tinton Falls Municipal Court. We know this extremely well as attorneys who have been practicing in the county for over a decade with countless cases involving allegations of assault under our belts. A lawyer with the tools you are looking for is available to assist you 24/7. Contact our Red Bank Office at 732-450-8300 for a free consultation with one of the lawyers immediately.

When the alleged victim of  a simple assault is someone who falls under the protections of the NJ Domestic Violence Protection Act, there collateral consequences to a charge under 2C:12-1. The biggest implication is the possibility of issuance of a temporary restraining order. The other ramification that you need to be mindful of is the fact that a domestic violence simple assault is to be issued on a warrant complaint. What this means is that the accused is arrested by the Tinton Falls Police Department and must be remanded to the Monmouth County Correctional Institute until such time as there is an initial appearance before a judge of the Superior Court in Freehold New Jersey. The last thing you can anticipate is imposition of a no contact order, even where there is no restraining order issued.

Collateral Consequences For Those Who Lack Citizenship. It is especially important for you to obtain the guidance of an attorney if you lack citizenship since a conviction for assault in Tinton Falls can compromise your immigration status.

You are probably feeling somewhat intimidated as a result of being arrested/charged with a Tinton Falls simple assault offense. This feeling is only understandable given the consequences hanging in balance, not to mention the potential for a criminal record. Selecting a skilled lawyer to defend you is imperative in order to maximize your chances of avoiding a conviction.  The defense attorneys at the Law Offices of Jonathan F. Marshall have formidable qualifications to ensure you have every  opportunity to achieve the very best outcome in your Tinton Falls case. To discuss the facts surrounding your arrest with an attorney, call 732-450-8300. One of our lawyers will be happy to address all of your concerns.