Have You Been Charged With A Crime Of The Second Degree, Third Degree or Fourth Degree Aggravated Assault In Holmdel New Jersey? 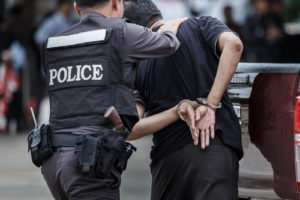 An aggravated assault offense can arise in Holmdel New Jersey many ways. Our lawyers encounter this charge as a result of domestic violence, a physical encounter with a Holmdel police officer, bar fight or a host of other settings. Irrespective, the charge is a felony crime of the second degree, third degree or fourth degree that can land you in prison for years. This is one of the main reasons why it is so crucial to hire the best lawyer you can find to defend your Holmdel aggravated assault.

The team of criminal defense attorneys in our Holmdel Office have the qualities to ensure you reach a favorable outcome in your aggravated assault case. We are accomplished litigators and former prosecutors that have over a century experience representing clients who have been arrested for aggravated assault in the Holmdel Township. To discuss your aggravated assault charge with an attorney with the tools to help you avoid the pitfalls of a conviction, call 732-737-8487.

Whether you were arrested for aggravated assault in Holmdel as a result of an altercation with a student or teacher, fight at PNC Bank Art Center or another scenario, you need to hire an accomplished defense lawyer if you want to have the best opportunity to avoid a conviction. The attorneys at The Law Offices of Jonathan F. Marshall have been defending fourth degree, third degree and second degree charges for aggravated assault at the county courthouse for decades with success. If you were charged with a Holmdel NJ aggravated assault offense, an attorney on our team certainly has the qualifications to mount a potent defense. Call us at 732-737-8487 for a free consultation with one of our lawyers.