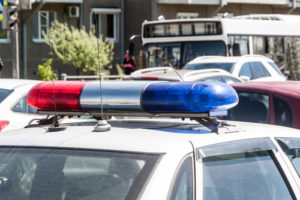 A frequently encountered disorderly persons offense in Holmdel Township New Jersey is simple assault. If you were charged with this form of assault in Holmdel, the spectrum of scenarios that may have resulted in your arrest are almost endless. Physical altercations at PNC Bank Art Center, domestic violation and neighborhood disputes are certainly some of the more common roots. Irrespective of the fact pattern that led to your simple assault offense in Holmdel, selecting the right lawyer to defend you is extremely important. Failure to successfully defend your simple assault charge will result in a criminal record and a host of potentially serious penalties. A skilled defense attorney is capable of providing your with the best opportunity to avoid the ramifications of a conviction. The attorneys at the Holmdel Office of The Law Offices of Jonathan F. Marshall have the attributes to protect your interests. Our lawyers have over 100 years of experience with several former prosecutors on staff, include one who formerly served in Holmdel Municipal Court.

A Holmdel simple assault offense arises out of N.J.S.A. 2C:12-1. Subsection “a” of this law outlines the violation known as simple assault and provides that:

“2C:12-1. Assault. a. Simple assault. A person is guilty of assault if he: (1)Attempts to cause or purposely, knowingly or recklessly causes bodily injury to another; or (2)Negligently causes bodily injury to another with a deadly weapon; or (3)Attempts by physical menace to put another in fear of imminent serious bodily injury. Simple assault is a disorderly persons offense unless committed in a fight or scuffle entered into by mutual consent, in which case it is a petty disorderly persons offense.”

A disorderly persons offense for simple assault results in a variety of penalties under N.J.S.A. 2C:12-1a. The judge of Holmdel Municipal Court can impose a sentence that includes:

A diversionary program known as Conditional Dismissal allows for relief from the aforesaid penalties, as well as a criminal record for simple assault. Eligibility for the program is limited to first time offenders and requires that an individual successful complete a period of probation that is typically one year.

Another important fact to keep in mind is that when the victim of a simple assault qualifies under 2C:12-1b(5), the conduct escalates to aggravated assault. Police officers and teachers are among those qualifying for this heightened protection.

Holmdel has one of the busiest municipal courts in Monmouth County and our lawyers know this as well as any based on the fact that we have been appearing there for decades, have served as prosecutors in the township and even have an office within its borders. It also helps that our eight attorneys have over a century of combined experience defending Holmdel assault charges. A defense attorney with the skills to thoroughly defend your interests is ready to help you. Contact our firm at 732-737-8487 to speak to a lawyer immediately.