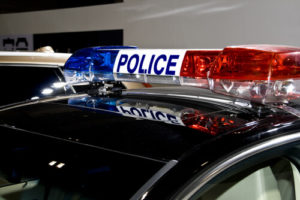 Asbury Park NJ has become a thriving nightlife community with plenty of simple assault charges. The vast majority of these offenses occur in or about venues where there is considerable alcohol consumption and opportunity for bar fights like Porta, Johnny Mac House of Spirits, Asbury Festhalle & Biergarten or the Stone Pony. Another major block stems from domestic assault. Irrespective of the context in which you were charged with simple assault in Asbury Park, failure to successfully defend the violation has significant ramifications. This is very good reason for you to hire the very best Asbury Park Criminal Attorney you can find. The lawyers at The Law Offices of Jonathan F. Marshall make up the largest defense firm in Monmouth County with several former prosecutors on staff. To speak to an attorney immediately, call our Red Bank Office at 732-450-8300 for a free initial consultation. Our staff routinely appears in Asbury Park Municipal Court with success stories spanning decades.

Your simple assault charge arises out of N.J.S.A. 2C:12-1(a). This law makes it a disorderly persons offense to engage in conduct falling into one of three categories. You may be found guilty of a simple assault in Asbury Park if it is established, beyond reasonable doubt, that you:

It is important to keep in mind that the term “bodily injury” is defined broadly to include just about anything that results in physical pain or impairment. The result is that almost any intentional effort to push, punch, slap, scratch or strike will suffice in establishing a simple assault; even slight or momentary pain constitutes bodily injury for purposes of establishing a violation.

The penalties that may be imposed in Asbury Park for simple assault are probably much more serious than you realize. First and foremost, you may be sentenced to a county jail sentence of up to six months. Second, you will be fined up to $1,000 with the exception of where the altercation was the result of a mutually agreed fight. Then the violation is a petty disorderly persons offense that carries a maximum fine of $500. The third thing that results from a conviction is a record that will be subject to discovery every time someone performs a criminal background check.

Many individuals are arrested for assault and related offenses like disorderly conduct in Asbury Park every year. Most of the summonses/complaints involve simple assault. Cases involving more serious injuries or a victim who is a police officer result in a fourth degree, third degree or second degree aggravated assault in Asbury Park. These are indictable crimes that may only be heard at the Monmouth County Superior Court. The defense lawyer who is skilled in both aggravated assault and simple assault charges is available to assist you immediately at The Law Offices of Jonathan F. Marshall. Initial consultations with the attorneys