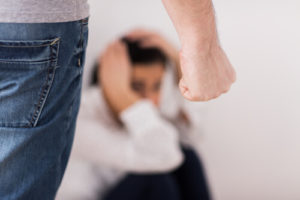 The term “bodily injury” is used throughout the assault statute, N.J.S.A. 2C:12-1. How this term is defined is an important concept for you to understand if you are facing a simple assault charge in Monmouth County including Hazlet, Atlantic Highlands, Lake Como, Red Bank, Holmdel, Ocean or Sea Bright. The following case provides a great illustration of the definition bodily injury for your guidance.

Reversed in part and affirmed in part.

Before Judges PRESSLER, STERN and HUMPHREYS. The opinion of the court was delivered by

Defendant T.B. (husband) appeals from a final domestic violence order which excludes him from the marital residence. A final domestic violence order was also entered against the brother of plaintiff N.B. (wife). The husband also appeals from the second order, contending that the order against the brother should have specifically excluded him from the marital residence; the brother cross-appeals. We hereby consolidate both appeals and the cross-appeal and render one opinion as to all three.

The parties were living together at the marital residence when the alleged domestic violence arose. A divorce action was pending. The husband slept in the attic. The wife slept in the master bedroom; her brother slept in the basement. The wife had placed a lock on her bedroom door. The parties had joint custody of their three children in accordance with a pendente lite order. The two sons shared a bedroom; the daughter had her own room. The master bedroom and the childrens’ bedrooms were on the second floor.

According to the defendant’s testimony, on the morning of September 15th, he was on the second floor getting his daughter and the older son ready for school. The door to the master bedroom was open. He saw his daughter lying on the bed watching television. His one year old son was on the bed and saw him. The son slid off the bed and started walking toward him *39 with open arms. At that point, his wife came from behind him, pushed him out of the way, went into the master bedroom and slammed the door in his face. He responded, “you can’t do that.” He opened the master bedroom door and walked inside the room. He attempted to pick up his son. His wife pushed him aside and refused to allow him to pick up his son. At that point, his wife’s brother came out of the bathroom in the master bedroom and began shoving and pushing him against the wall.

The wife testified that she came out of her daughter’s room and saw her husband in the doorway of the master bedroom. She went by him and entered her bedroom. She tried to close the door while he attempted to push the door open. He suddenly swung the door open and pushed her out of the way. She stumbled backwards into a bookcase. Her brother then grabbed her husband.

At the conclusion of the testimony, the wife’s counsel advised the judge that there was a joint custody order that permits the husband to visit with the children two nights a week. Counsel explained that because of the tension in the house, the husband comes to the house only on those nights. Counsel suggested that during those two nights, the wife go to her sister’s home which was only ten minutes away. The husband could then visit with the children each and every week until the matter can come before the matrimonial court and custody and visitation be determined there.

The judge said that it was difficult to assess the credibility of people involved in an altercation but that the defendant should have understood that the plaintiff was entitled to privacy in her bedroom and that “[f]or him to force himself into the room, despite what his motives or reasoning might have been … [was] an act of domestic violence on his part.” (emphasis added).

[2]To address this serious problem, the Legislature enacted the Prevention of Domestic Violence Act. N.J.S.A. 2C:25-17 to -33. The Legislature “did not create a new class of offenses or interdict acts which otherwise were not addressed by the criminal law, but ensured that spouses who were subjected to criminal conduct by their mates had full access to the protections of the legal system. Thus, instead of redefining prohibited conduct, the law simply incorporates [certain criminal statutes].” Corrente, supra, 281 N.J.Super. at 248, 657 A.2d 440.

The Legislature, however, did not intend that:

**769 the commission of any one of these acts automatically would warrant the issuance of a domestic violence order. The law mandates that acts claimed by a plaintiff to be domestic violence must be evaluated in light of the previous history of domestic violence between the plaintiff and defendant including previous threats, harassment and physical abuse and in light of whether immediate danger to the person or property is present. N.J.S.A. 2C:25-29a(1) and (2). This requirement reflects the reality that domestic violence is ordinarily more than an isolated aberrant act and incorporates the legislative intent to provide a vehicle to protect victims whose safety is threatened. This is the backdrop on which [a] defendant’s acts must be evaluated.

The final restraining order in this case contains the court’s finding that the defendant “has committed acts of domestic violence” but the order does not recite specifically what acts were *41 found or what criminal statute was violated. Plaintiff, in her domestic violence complaint, charged the defendant with assault, harassment and stalking. Although it is not clear from the judge’s reasons, it appears that he found the defendant guilty of harassment, contrary to N.J.S.A. 2C:33-4.

That statute provides in pertinent part:

Harassment. Except as provided in subsection d., a person commits a petty disorderly persons offense if, with purpose to harass another, he:

a. Makes, or causes to be made, a communication or communications anonymously or at extremely inconvenient hours, or in offensively coarse language, or any other manner likely to cause annoyance or alarm;

b. Subjects another to striking, kicking, shoving, or other offensive touching, or threatens to do so; or

c. Engages in any other course of alarming conduct or of repeatedly committed acts with purpose to alarm or seriously annoy such other person.

The judge here did not find that the husband acted with a purpose to harass his wife. On the contrary, the judge found that the husband’s actions constituted domestic violence “despite what his motives or reasoning might have been.” Further, the judge did not find that the defendant engaged in a “course of alarming conduct or of repeatedly committed acts with purpose to alarm or seriously annoy such other person.” The absence of these findings vitiates the judge’s ultimate conclusion that the defendant committed an act of domestic violence. See State v. J.T., 294 N.J.Super. 540, 683 A.2d 1166 (App.Div.1996).

Defendant’s conduct may have been inappropriate or improper. However, there is some justification for his conduct. The bedroom door was open, not locked. His children were in the room. He was getting the children ready for school. He apparently wished to hug his child. In view of these considerations and the judge’s failure to make requisite findings under the statute, this matter fits more readily within the category of “domestic contretemps” rather than a “matter of consequence.”

[w]e are concerned, too, with the serious policy implications of permitting allegations of this nature to be branded as domestic violence and used by either spouse to secure rulings on critical issues such as support, exclusion from marital residence **770 and property disposition, particularly when aware that a matrimonial action is pending or about to begin.

The Domestic Violence Act is an important and beneficial statute. It should not be distorted or trivialized by misuse. We recognize that parties in the midst of a tumultuous matrimonial dispute should ordinarily not reside under the same roof. However, that is a matter for the matrimonial court to resolve. The matrimonial court has equitable power to remove a spouse from a marital home on a proper showing even if the home is owned by both as tenants by the entirety. See Degenaars v. Degenaars, 186 N.J.Super. 233, 235, 452 A.2d 222 (Ch.Div.1982); Babushik v. Babushik, 157 N.J.Super. 128, 129, 384 A.2d 574 (Ch.Div.1978); S. v. A., 118 N.J.Super. 69, 70, 285 A.2d 588 (Ch.Div.1972); Roberts v. Roberts, 106 N.J.Super. 108, 109-10, 254 A.2d 323 (Ch.Div.1969). Disputes which do not rise to the level of domestic violence can and should be addressed and resolved by the Chancery Division, Family Part, of the Superior Court without necessarily relying on the Domestic Violence Act. Accordingly, we reverse and vacate the domestic violence order against the husband.

As to the husband’s domestic violence complaint against the wife’s brother, the trial judge separated the brother’s conduct into two phases. The judge said that at first the brother intervened to protect his sister, who is physically smaller than the husband. Next, the brother followed the husband downstairs, continued to push and shove him, and forced him out of his home while he was clad only in his underwear.

*43 The trial judge concluded that the brother’s intervention on behalf of his sister was reasonable and did not constitute domestic violence. However, once the husband was downstairs, the brother should not have continued his physical acts. His conduct from that point, the judge found, constituted domestic violence.

The trial judge again did not expressly state which statutory provision was violated by the brother. However, the facts indicate that the brother committed a simple assault. See N.J.S.A. 2C:12-1(a)(1).

That statute provides in pertinent part:
a. Simple assault. A person is guilty of assault if he:

(1) Attempts to cause or purposely, knowingly or recklessly causes bodily injury to another….

[9]Our standard of review is well-settled. A trial judge’s factual findings and legal conclusions will not be disturbed unless they are “so manifestly unsupported by or inconsistent with the competent, relevant and reasonably credible evidence as to offend the interests of justice.” Rova Farms Resort, Inc. v. Investors Ins. Co., 65 N.J. 474, 484, 323 A.2d 495 (1974).

Here, the competent, relevant and reasonably credible evidence supports a conclusion that plaintiff’s brother committed a simple assault, i.e. that he attempted to cause or purposely, knowingly or recklessly caused bodily injury to the husband. The trial judge’s finding that the brother had committed an act of domestic violence is affirmed.