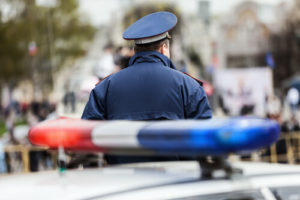 Simple assault is an offense that crops up more than you might expect in the City of Long Branch. There are more than a few family conflicts, altercations at bars like Mix Lounge, Indulge and the Celtic Cottage and other incidents involving bodily injury which result in individuals being charged with simple assault in Long Branch. A defense lawyer on our team knows what is entailed in successfully defending someone accused of this offense as a member of the largest criminal firm in Monmouth County. Our team includes former prosecutors and a team of attorneys with over a century of experience appearing in the municipal court. One of our Long Branch Criminal Attornyes is available immediately at 732-450-8300. Your initial is free of charge.

There are a number of ways someone like you can face a simple assault offense under N.J.S.A. 2C:12-1. The violation is triggered where someone intentionally or recklessly causes bodily injury to another person, or attempts to do so. The second way you can be convicted of this charge is if you negligently cause bodily injury to someone with a deadly weapon. The third form of simple assault arises where someone engages in physical menace for the purpose of putting someone in fear of imminent serious bodily injury. The penalties for violating this law includes up to six months in jail and a fine that can reach $1,000. You will also have a record for assaulting someone.

There are certain collateral issues that often also arise in a simple assault case. The most common of these is a restraining order when the contact between domestic relations. A finding of guilt constitutes a predicate act under the Domestic Violence Act and a basis for entry of a temporary or final restraining order. Another ancillary matter that often arises with simple assault are companion criminal charges. It would not be a surprise that you are also facing a resisting arrest, obstructing or even a Long Branch Disorderly Conduct Offense in addition to the complaint for simple assault. These offenses are common in cases brought in accordance with N.J.S.A. 2C:12-1(a).

A simple assault charge like the one pending against you is nothing to ignore. A conviction in Long Branch has the potential to mushroom into something that can have long term ramifications. The criminal record that you will have is a prime example of how failure to defend your Long Branch offense can effect you in the future. The lawyers at The Law Offices of Jonathan F. Marshall can help insure that you are not faced with negative consequences. In fact, an attorney on our staff can avoid a guilty finding for simple assault in the vast majority of cases. To speak to a lawyer on our team, call us at 732-450-8300.