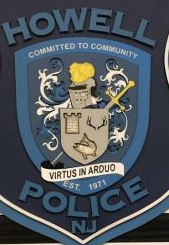 Call Our Office To Speak To The Former Prosecutor Of Howell

One of the busiest venues in Monmouth County for shoplifting charges is Howell New Jersey. Beyond being the largest and second most populated municipality in the county, the township is the home of major retailers like Kohl’s, Target, Walmart, T.J. Maxx and Best Buy. The combination of these circumstances translate into many Howell shoplifting offenses annually.

It is in your best interests to retain an experienced lawyer if you have been charged with shoplifting in Howell. A conviction results in a criminal record for theft that can effect your ability to obtain employment, secure a professional license or maintain your immigration status. An attorney skilled in defending Howell shoplifting charges can provide considerable benefit in avoiding penalties and collateral consequences.

As you probably also know, retailers are much more keen in loss prevention. They have surveillance cameras and under cover officers to aggressively combat shoplifting. Willingness to amend or dismiss a shoplifting charge has declined thereby making it especially important be represented by accomplished attorneys.

If you have been arrested for shoplifting in Howell, The Law Offices of Jonathan F. Marshall is fully equipped to ensure that you have the opportunity to escape a conviction that you need. Our eight criminal defense lawyers include the former Howell prosecutor and a team that has handled hundreds of shoplifting cases in Howell Municipal Court and the Monmouth County Superior Court. Call us at 732-450-8300 to speak to a lawyer immediately in a free consultation.

Taking items from a store without paying for them is the most obvious form of shoplifting under N.J.S.A. 2C:20-11. There are, however, other ways that an individual can commit a Howell NJ shoplifting offense, including: 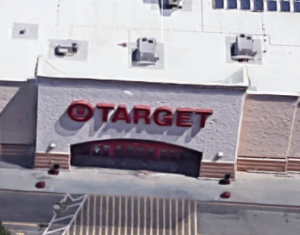 If the value of the goods in question is over $200, the shoplifting charge will be graded as an indictable offense (a felony) and can only be handled in the Monmouth County Superior Court. The varying degree of indictable offenses for shoplifting and their related penalties are as follows:

Furthermore, a third conviction for shoplifting results in a mandatory jail sentence.

A shoplifting charge is no joking matter. It is considered a crime of moral turpitude that can be very detrimental to your future. What’s more, if you are in the United States on a green card or visa, a shoplifting conviction can cause you problems with immigration. The shoplifting defense attorneys at The Law Offices of Jonathan F. Marshall represent people charged with shoplifting and other types of theft crimes in Howell, New Jersey and throughout the area. Call us at (732) 450-8300 or send us a message to speak to one of our experienced shoplifting defense attorneys.