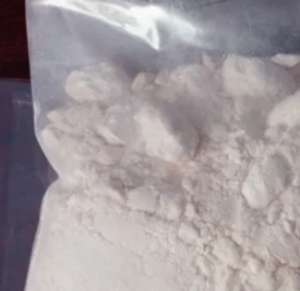 Charged With Distribution of Cocaine?
The Former Monmouth County Prosecutors & Highly Skilled Cocaine Distribution Lawyers In Our Freehold Office Are Ready To Assist You
Get Your Free Consultation

The demand for cocaine has definitely grown to the point that distribution is almost commonplace in Monmouth County. Law enforcement is well aware of just how popular cocaine has become and have made major busts on the Bayshore, Long Branch, Aberdeen and elsewhere over the last year to combat this issue. If you had the misfortune of being arrested for selling, distributing or possession with intent to distribute cocaine, hiring an accomplished attorney is extremely important since a conviction carries severe penalties.

We are the Law Offices of Jonathan F. Marshall, a criminal defense firm that is the largest in the region. More importantly, we possess unique credentials to translate into success, including:

We are available 24/7 to assistance individuals with questions, pretrial release or to discuss how we can help escape the penalties associated a criminal offense for selling cocaine. Contact our Freehold Office at 732-462-1197 for a free consultation.

A charge for selling/distributing/possession with intent involving cocaine arises out of N.J.S.A. 2C:35-5. This is commonly referred to as the NJ Drug Distribution Law and makes if a crime to knowingly manufacture, distribute,  or possess cocaine with intent to distribute.  The elements of proof that must be established under Model Criminal Jury Charges in order to convict someone of violation 2C:35-5 are set forth in the table below.

How Is Grading Determined?

Distribution charges are graded as a first degree, second degree or third degree crime depending on the quantity of cocaine.

Penalties for Distributing, Manufacturing or Possession With Intent To Distribute Cocaine

Distribution Of Cocaine With 1,000 Feet of a School or Within 500 Free of a Public Park

There are two common enhancements that arise when someone is charged with cocaine distribution. The first one is distribution of cocaine in a school zone in violation of N.J.S.A. 2C:35-7. The second scenario that frequently crops up is distributing in a public park or housing project zone. The headings below outline each of these complications.

There are certain defenses that have a tendency to apply in distribution of cocaine cases, including:

Drug Court is another program that can be utilized by someone arrested for selling/distributing cocaine. It is important to keep in mind, however, that the requirements of Drug Court are extremely stringent and that the program is five (5) years. It is actually very rare for someone to fulfill the program without a sanction, which typically involves some period of county jail time.