Charged With Distributing, Selling or Possession With Intent to Distribute Marijuana, LSD, Ecstasy, Cocaine, Xanax, Heroin or Another Drug in Howell New Jersey 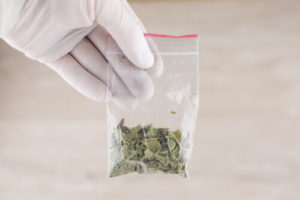 The war on drugs continues to wage on with police and prosecutors in towns like Howell aggressively pursuing those who distribute controlled dangerous substances (“CDS”). Drug charges are serious and get even worse when they involve distribution or possession with intent to distribute. You cannot afford to defend an offense of this magnitude without a skilled attorney on your side.

It is totally illegal to sell or distribute marijuana, cocaine, LSD, heroin, Xanax, Ecstasy or any other CDS in Howell New Jersey. A conviction for distribution always carries the possibility of a lengthy state prison sentence. It is therefore important to retain the best lawyer you can identify in order to mount a successful defense. The attorneys at The Law Offices of Jonathan F. Marshall are here to serve you in this role.

The eight lawyer defense team at our firm includes several former prosecutors, including a Drug Task Force Director. The lawyers have over a century of experience defending drug distribute charges at the Monmouth County Superior Court, including many arising in Howell. To obtain a free consultation from a savvy drug distribution attorney, call 732-450-8300 anytime 24/7.

N.J.S.A. 2C:35-5 makes it illegal to knowingly sell, distribute or possess a CDS with intent to distribute. Under this law, the penalties for CDS distribution depend on the quantity of drugs being sold or possessed with intent of distribution. An arrest can grade as a crime of the first degree, second degree, third degree or fourth degree. The breakdown of the grading and penalties under 2C:35-5 are as follows:

Avoiding a Conviction with Pretrial Intervention

If you are arrested and charged with CDS distribution, you may be able to avoid a conviction if you have no prior criminal record. First-time offenders who have been charged with a third or fourth-degree indictable offense may be eligible to be admitted to Pretrial Intervention. Successful completion of the program results in a dismissal of the possession with intent to distribute charge.

Our lawyers will also challenge all issues concerning the search and seizure to ensure that you have every opportunity to defeat the arrest. Some of the important issues that we may be able to raise include:

Defense lawyers come with varying levels of experience and skill. Your job is to find the attorney that is equipped to provide the very best chance of defeating the distribution offense you were charged with Howell. You will need the help of a lawyer who is familiar with the Monmouth County Superior Court and has honed his/her skills over many years. Do you want an individual who has never actually had a jury trial or someone who has handled many? Ask the hard questions rather than simply taking what you read as gospel. You might be surprised with the double talk or answer you get when you ask the potential lawyers how many jury trials they have actually conducted. Here at The Law Offices of Jonathan F. Marshall, the lawyers on our team have not only handled many cases involving distribution of marijuana, cocaine, heroin, prescription drugs, LSD and other drugs but also have extensive jury trial experience. Call us now at (732) 450-8300 for a free consultation with a highly accomplished CDS distribution attorney.