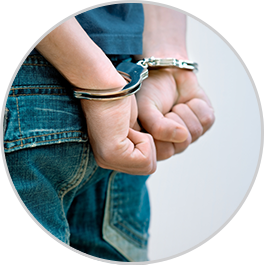 Accused of a Juvenile Crime?
Let Our Monmouth County Criminal Defense Attorneys Help Your Defend Your Future and Freedom.
Get Your Free Consultation

There are few things that can shock parents like being informed that their son or daughter is going to be detained by police and charged with a juvenile offense.

There are many thoughts and emotions that can arise, but what is critical is that you obtain legal assistance from a skilled Freehold juvenile defense lawyer as soon as possible. It is important to select a Freehold criminal defense lawyer who is experienced in handling cases in the Family Division of Monmouth County courts, which handle matters involving juvenile delinquency.

Every juvenile is required to have a licensed lawyer at his or her side when they appear in court. Your child’s future may depend on the juvenile criminal lawyer you select to navigate the juvenile justice system. Contact the Law Offices of Jonathan F. Marshall for a free consultation to get the legal help your child needs.

What You Need to Know About Juvenile Charges in Monmouth County

The goal of the New Jersey juvenile justice system is rehabilitation. Young people under age 18 are generally charged with committing delinquent acts. A delinquent act is any alleged misconduct committed by a person under 18 that would lead to a criminal charge or a disorderly person offense if it had been committed by an adult. If your child is accused of committing a delinquent act, the case will be filed in the Family Division of the Monmouth County Courts.

It is believed that the best way to rehabilitate a young person is to treat the event as a family issue in a closed court proceeding. A single judge typically sits in the Juvenile Court and is entrusted with deciding every case involving someone under 18 years old who is accused in Monmouth County. Delinquent acts may include:

While the objective of the juvenile justice system in New Jersey is to help rather than punish children who violate the law, do not think that there are no consequences if your child is convicted of an offense.

The truth is that their liberty can be taken without any opportunity for bail under certain circumstances.

What Happens During a Juvenile Offense?

In New Jersey, a juvenile is an individual under the age of 18. Juveniles are not arrested. They are simply taken into custody.

“Juvenile delinquency” refers to an act that would be an offense if an adult had committed the act. A juvenile who violates a court order also commits an act of delinquency.

Unlike adult courts, juvenile courts are primarily focused on the best interests of the minor. This means there is generally a focus on rehabilitation and reform rather than simply punishment.

Understanding the Impact on Families

Juvenile criminal allegations and adjudication can have a significant negative effect on the well-being of your child and your family. The parents of juvenile delinquents suffer because no matter how much they disapprove of their child’s actions, they are the ones who will need to hire a qualified Freehold juvenile criminal defense attorney to represent their child.

Parents may experience the social stigma that comes with being the parent of a juvenile charged with a delinquent act.

The compassionate attorneys at the Law Offices of Jonathan F. Marshall understand what families go through when a juvenile is accused of a crime. Please don’t hesitate to reach out to us. Our attorneys are more than willing to help your family in any way we can.

In juvenile cases, the child and the parents will receive notice from the Court detailing the charges, court procedures, and any other relevant information. The juvenile will be ordered to appear for a “counsel hearing.” When a case is brought before the Superior Court Family Division, a judge will determine if the case should be an adult trial or remain in the family court.

You will receive a notice to appear for a “counsel mandatory plea hearing.” The juvenile must be represented by an attorney at this hearing. All juvenile delinquency hearings in Monmouth County are conducted in the Superior Court – Family Division.

Notice of court dates will be provided to your family in advance. You, your child, and your child’s lawyer must notify the court when your child is unable to appear. If the court is not notified, the judge could issue a warrant for your child’s arrest.

This plea hearing is similar to an arraignment in criminal court. Your lawyer will be provided the evidence in the case. You are entitled to the evidence the police have. At this hearing, your child will be expected to enter a plea admitting or denying the charge.

Sometimes juvenile cases are resolved at a plea hearing. Your child may be offered a plea deal. If you accept the deal and enter into a plea agreement, your child will have to admit to some or all of the charges and agree to comply with certain conditions. If the case is not resolved, an adjudication hearing will be scheduled.

If the case goes to trial, known as an adjudication hearing in a juvenile case, both sides present evidence and the prosecution and juvenile defense lawyer will argue the case. The hearing is before a judge, and the state has the burden to prove the allegations against your child beyond a reasonable doubt. If the allegations are proven, your child will be adjudicated delinquent rather than found guilty. Adjudication is the juvenile equivalent of a conviction for adults.

A History of Juvenile Cases Tried In Adult Court

In New Jersey, the Juvenile Criminal Justice System is generally focused more on restorative justice and rehabilitation than the adult criminal justice system, which typically focuses on punishment.

In the juvenile criminal justice system, judges tend to lean toward sentences that focus on the juvenile’s ability to recognize the harms of the crime committed and allow them to re-enter society with the possibility of a crime-free future. The courts want to deter juveniles from engaging in criminal behavior. Rehabilitative programs in the juvenile justice system are often referred to as aftercare programs.

While the consequences for convicted adult offenders are harsher, the New Jersey Code of Juvenile Justice provides that adults and juveniles possess most of the same rights. The key differences are that juveniles do not have the right to indictment, bail, or trial by jury.

Juvenile proceedings are closed so that a minor does not enter adulthood with a criminal record. However, if an adolescent is tried in adult court and is convicted, the record may remain with the adolescent for a long time.

When considering whether a juvenile case should be transferred to adult court, the court weighs a wide range of factors, including:

If a juvenile in New Jersey faces a simple possession charge, it is unlikely that the child will be placed in a juvenile detention facility for long – if at all. Most likely, he or she will remain free at least until the juvenile’s adjudication hearing date.

If the juvenile goes to an adjudication hearing, and the judge enters an adjudication of delinquency, the child’s case will move to the disposition phase. The judge may order the juvenile to be placed in a juvenile detention facility or on probation, requiring the minor to comply with conditions such as:

If the juvenile violates the conditions of probation, a judge can revoke the probation. This could result in confinement in a detention facility.

More often than not, a juvenile will not be charged as an adult on a drug offense unless the crime is very serious. In some cases, a minor will be accused of possessing drugs with the intent to distribute, which can lead to more severe consequences. Despite the fact that juvenile proceedings have some advantages over adult criminal proceedings, juveniles may still face severe penalties.

Several factors go into how a juvenile drug offender is sentenced. One of the most common sentencing enhancers is if the juvenile offender was caught with drugs on school property. A minor who is in possession of drugs on school property or within 1,000 feet of property used for school purposes will be required to serve at least 100 hours of community service and any additional sentence ordered by the judge. School property also includes being on a school bus.

Can My Child’s Record Be Kept Confidential or Expunged? 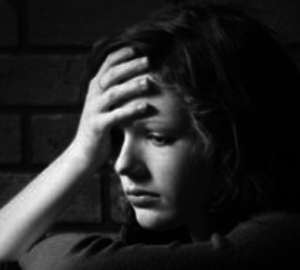 Because juveniles are not convicted of crimes, but rather adjudicated as a delinquent, your child will not have a criminal record. Juvenile records are not available for public inspection.

However, there are a few exceptions. Any party involved in a civil action for damages from an act of delinquency may access official court documents. Some state agencies, like the Department of Human Services or the Department of Children and Families, have access to juvenile records as well.

Juveniles can request that their arrest and court records be sealed. To do this, they must show a period of good behavior or enlist in the military. A record-sealing order will prohibit disclosure of social, medical, legal, and other records of the court and probation services, as well as the records of police departments. For the court to grant a record-sealing order, the juvenile must demonstrate that:

Once the juvenile’s records are sealed, all index references will say “no record” or “not available.” All law enforcement departments may respond that there is no record with respect to such person. However, any subsequent adjudication of delinquency by the juvenile nullifies the sealing order.

The law requires that a juvenile have a lawyer. It makes sense for you to act immediately to contact our Monmouth County law firm to ensure that you know your rights and your son or daughter is represented by a qualified Freehold juvenile attorney.

The highly skilled and compassionate lawyers at the Law Offices of Jonathan F. Marshall are ready to help your child. Calling us for an initial consultation is free and involves no obligation on your part. Attorneys are available 24/7 to help you.