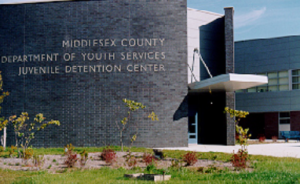 There are many emotions that a parent can experience when they find out that their minor son or daughter is being charged with a juvenile criminal offense in Holmdel or another town. It is pivotal that composure is maintained in this challenging time so that the right attorney is selected to defend a child’s juvenile charge. In fact, New Jersey law requires that every juvenile be represented by a lawyer when he/she appears in Freehold at the Monmouth County Superior Court. The lawyers at The Law Offices of Jonathan F. Marshall are seasoned criminal litigators that have represented countless boys and girls in juvenile delinquency proceeding. It is also helpful that most of the attorneys on our staff are former prosecutors who have learned how the system works from the opposite perspective. Contact our Homdel Office at 732-737-8487 to speak to a savvy defense attorney immediately.

Just about every criminal charge is capable of being filed against a juvenile in Holmdel New Jersey. Although this is the case, there are some offenses that arise more often than other violations. The common charges that arise in the township include:

Jurisdiction. The Family Division of the Monmouth County Superior Court has exclusive jurisdiction to oversee criminal charges filed against a juvenile (i.e. someone under 18 years of age). The only exception to this rule is where juvenile intake and/or the Monmouth County Prosecutor’s Office decides to divert the criminal offense to conference committee or a juvenile referee.

Necessity for an Attorney. Whenever a child appears in the Superior Court in response to a criminal offense, they must be represented by an attorney. This is a strict requirement of NJ Law and there is no ability for a parent to appear on behalf of their son or daughter. You must regain a lawyer to defend your child absent your qualifying for a public defender because you are considered indigent.

No one would ever suspect Holmdel to have a high number of juvenile criminal offenses but the truth is that the township has an extremely high amount of these charges. The reason for the surprising number of juveniles charged with assault, drug possession, cds distribution, underage alcohol possession and other violations is, in our opinion, the presence of the PNC Arts Center. Hundreds of juveniles and young adults are arrested at this venue for an assortment of disorderly persons offenses and indictable crimes (e.g. fourth degree, third degree, second degree or first degree). Our lawyers are well aware of this circumstance as litigators who have been handling Holmdel criminal, dwi and traffic charges for decades. We have also worked in the town as attorneys who have served as prosecutor in the municipality. To speak to an attorney who will provide a comprehensive case review without obligation, contact our Holmdel Office.