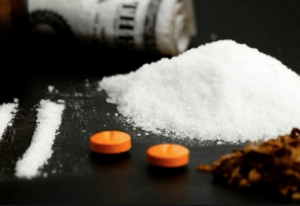 A drug charge in Holmdel is significantly more risky when it involves an arrest for distribution, selling or possession with intent to distribute marijuana, cocaine, LSD, mushrooms, ecstasy/molly/mdma or another form of controlled dangerous substance (“CDS”). The primary reason for this statement stems from the fact that distributing drugs can result in a fourth degree, third degree, second degree or first degree crime. A CDS possession charge in Holmdel does not have the potential to escalate in this manner. It is key for anyone facing an offense for distributing drugs to retain a savvy attorney to present the most effective defense possible. Our firm, The Law Offices of Jonathan F. Marshall is comprised of veteran criminal lawyers, most of whom are former prosecutors, who have been practicing at the Monmouth County Superior Court for over a century combined. You can speak to a lawyer immediately by contacting our Holmdel Office. Attorneys are ready to assist you 24/7 at 732-737-8487.

Charged With Distributing, Selling or Possession With Intent to Distribute Drugs in Holmdel

Surprisingly, Holmdel has its share of individuals charged with distributing, selling or possession with intent to distribute drugs. The presence of PNC Bank Arts Center is unquestionably a factor in the unexpected volume of distribution of marijuana, cocaine, ecstasy, mushrooms, LSD and other CDS. We also believe that the State Police Trooper E Holmdel Station being located in the township contributes to the total arrested for drug charges in Holmdel New Jersey. The CDS distribution cases in the municipality typically involve: 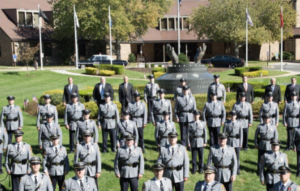 Charges involving distribution of these and other drugs are always indictable in nature (i.e. a felony crime of the fourth degree, third degree, second degree or first degree). The severity of the offense is predicated on the type of CDS involved and the quantity. It is a first degree crime to distribution 100 milligrams or more of LSD, 5 ounces or more of cocaine, heroin or MDMA (a.k.a. Molly or Ecstasy) or 25 pounds or more of marijuana. It is a second degree crime to distribute 100 or more dosage units of Xanax, Oxycodone, Hydrocodone, Vicodin, Valium, Percocet or another prescription drug, at least one half ounce but less than 5 ounces of cocaine, heroin, methamphetamine or MDMA, less than 100 milligrams of LSD, at least 5 pounds but less than 25 pounds of marijuana or 1 ounce or more of mushrooms. It is a third degree crime to sell, distribute or be in possession with intent to distribute of 5-99 dosage units of a prescription drug, less than one half ounce of heroin, MDMA, methamphetamine or cocaine, at least an ounce but less than 5 pounds of marijuana or less than 1 ounce of mushrooms. It is a fourth degree crime to engage in distribution of less than an ounce of marijuana, less than 5 grams of hashish or less than 5 dosage units of a prescription legend drug.

All distribution cases are indictable in nature (i.e. crime of the fourth degree, third degree, second degree or first degree) so they are outside the authority of the Monmouth County Prosecutor’s Office. A conviction for fourth degree distribution results in a $10,000 fine and up to 18 months of imprisonment. A second degree crime for distributing/selling cocaine, heroin, LSD, Molly, mushrooms or methamphetamine is $75,000 ($200,000 for distribution of prescription drugs like suboxone or adderall) and the prison term is 5-10 years. A first degree crime for distribution of CDS/drugs triggers a fine of up to $500,000 and 10-20 years in prison. Please note that these penalties are enhanced when distribution takes place in a school zone in violation of 2C:35-7 (i.e. within 1,000 feet of school property) or in a public park zone under 2C:35-7.1 (i.e. within 500 feet of a public park or housing project).

Many of the consequences outline previously in this article can be avoided if an individual charged with distributing drugs in Holmdel is able to secure Pretrial Intervention. This program is limited to first time offenders who are facing a fourth degree or third degree crime for possession with intent to distribute or distribution of CDS.

The mission for anyone arrested for drug distribution in Holmdel or anywhere else in New Jersey should be to find the best lawyer they can find. The ramifications of a conviction can be devastating so it is always advisable to secure representation by a highly skilled attorney. The attorneys at The Law Offices of Jonathan F. Marshall are veteran litigators who have been defending cases involving allegations of selling, distributing, or possession with intent to distribute cocaine, prescription drugs or another CDS. For an immediate free consultation with one of the lawyers on our staff now, call 732-737-8497.