Charged With Possession or Distribution of CDS in Long Branch NJ 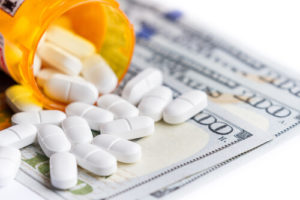 Long Branch has its share of possession and distribution of drugs just like other city in New Jersey. Whether the controlled dangerous substance (“CDS”) is marijuana, cocaine, heroin, MDMA, opiate medication or another material, the police in Long Branch have probably charged someone with illegally possessing or distributing the drug. We are well aware of this fact as the largest Monmouth County Criminal Defense Firm with over 100 years of experience and several former prosecutors on staff. If you were arrested for any form of drug/cds offense in the City of Long Branch, we possess the knowledge and skill needed to competently defend you. To speak to an attorney on our team anytime 24/7, contact our Red Bank Office at 732-450-8300.

With the limited exception of Long Branch possession of marijuana cases involving 50 grams or less, all CDS charges filed in the town end up at the Monmouth County Superior Court. The reason is because this drug offense is the only disorderly persons offense falling within municipal court jurisdiction. Virtually every other substance triggers an indictable crime that falls within upper court jurisdiction. This is the situation irrespective of whether you were arrested for possession with intent to distribute or personal use. The following is helpful information for those who have been charged with a Long Branch Drug Offense.

Most cases involving possession of drugs or CDS are graded as a third degree crime. This includes MDMA, heroin, cocaine and other hard street drugs. The jail exposure for a violation of this nature is 3-5 years. The maximum fine varies depending on the type of drug possessed. In most cases, however, the top end of the fine for third degree possession is $35,000 in accordance with N.J.S.A. 2C:35-10.

Distribution & Possession With Intent To Distribute

N.J.S.A. 2C:35-5 (“Manufacturing, distributing or dispensing”) outlines the grading and penalties for distribution of CDS. The following is a breakdown on the specifics:

A Long Branch CDS charge clearly has the ability to result in serious penalties. A conviction can easily result in tens of thousands in potential fines and years in state prison. You cannot afford to make a mistake in the selection of a Long Branch Criminal Lawyer in view of these consequences. Our former prosecutors and experienced defense attorneys have the qualifications you need in order to defend any form of drug offense. Call us anytime 24/7 for assistance with bail or any other issue. We are available at 732-450-8300 for free consultation.

Related Pages & Posts That You May Want To Consult