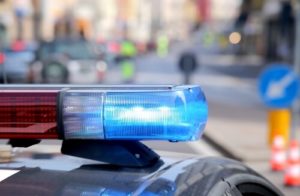 There are many factors which result in Middletown NJ having so many individuals charged with simple assault. The fact that it spans 58.73 square miles and has a population of approximately 66,522 are unquestionably the biggest reasons why this offense is written so much in this township as compared to other municipalities in Monmouth County. Most of these violations stem from alcohol related physical altercations (e.g. bar fight), neighborhood disputes and domestic assault. Irrespective of the context of your simple assault charge, you need to retain a skilled attorney. The penalties under N.J.S.A. 2C:12-1(a) are stiff in the event that you fail to successfully defend your case and include the possibility of six months in jail.

Our Middletown criminal lawyers have a rich track record of avoiding unfavorable outcomes. Our vast experience serving as not only defense attorneys but also as prosecutors is probably a major reason for our success. Commitment to our clients undoubtedly also contributes. For an immediate consultation with a lawyer at The Law Offices of Jonathan F. Marshall, call our Middletown Office at 732-615-0039.

A simple assault charge in Middletown New Jersey can arise much easier than you might think. N.J.S.A. 2C:12-1(a) renders someone guilty of this offense if they engage in conduct falling within one of three categories. You can be convicted if you:

The penalties for a Middletown Municipal Court charge of simple assault includes up to a six month jail sentence, $1,000 fine, probation and/or community service. You will also have a criminal record if you plead or are found guilty. And if the simple assault involves a victim who is a police officer or other protected public employees (e.g. emergency medical technician), the charge escalates to aggravated assault. An aggravated assault can also result in Middletown where the victim suffers “serious” or “significant” bodily injury. An indictable offense of this nature can only be decided at the Monmouth County Superior Court.

Middletown Township has one of the busiest courts in the region and a fair share of the cases involve assault offenses. There are also many Middletown disorderly conduct, resisting arrest and similar companion charges heard locally. If you were arrested and charged with assault in Middletown, you need to take these allegations serious. Failure to secure a dismissal/acquittal clearly has the potential to cause significant consequences. This is why hiring the right attorney is an absolute must. The Law Offices of Jonathan F. Marshall is a powerhouse in defending criminal cases like yours. The lawyers on our team have decades of experience fighting Middletown charges and are ready to put their knowledge to work for you. An attorney is available in our Middletown NJ Office at 732-615-0039.