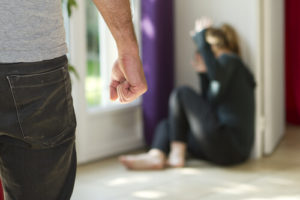 Domestic violence is one of the more complex areas of criminal defense someone can face in Sea Bright so selecting the right attorney to defend your charges is pivotal. The reason why these charges tend to be complicated is because a person typically faces not only a criminal charge for allegedly committing domestic violence but also a restraining order. There is also significant emotional turmoil in when someone is charged with a Sea Bright domestic violence offense because they often find themselves unable to return home, communicate with their spouse, or see their children.

With so much at state, it is crucial that you consult with a lawyer who is knowledgeable in Sea Bright domestic violence and restraining order defense. Our domestic violence defense lawyers have the level of expertise required to thoroughly protect you as former Monmouth County prosecutors with well over 100 years in practice combined. We have the ability and commitment to successfully defend not only your simple assault, harassment, terroristic threat or other criminal charges but also the temporary restraining order that was filed against you.

If you have been charged with domestic violence, consulting with an experienced domestic violence defense attorney can help you understand your rights, be reunited with your family, and get through this stressful time. Call The Law Offices of Jonathan F. Marshall at 732-450-8300 for a free consultation with one of our Sea Bright domestic violence lawyers immediately.

Examples of criminal offenses that may constitute an act of domestic violence include:

This means you may be prosecuted for domestic violence even if you are in an otherwise loving marriage and only had one petty argument with your spouse that lead to allegations of domestic violence. Your spouse may not even want any charges to be filed or any protection order placed on you. However, the prosecutors will often continue to pursue charges against you even if your spouse doesn’t want to. This is why we prepare every case, from the beginning, as if its going to trial, while continuing to push for it to be dismissed.

A conviction for domestic violence carries heavy consequences, and it is important to protect your rights and to resolve the case with the least amount of damage. Hiring the best defense lawyer you can identify is going to significantly increase the potential for you mitigating your exposure. Consult with the attorneys at The Law Offices of Jonathan F. Marshall to discuss how your particular case can be best managed, as well as, how you can get the restraining order lifted or the charges amended or dismissed. The lawyers on our team will help you build a strong defense in order to avoid a conviction and/or reduce the criminal penalties and other consequences that can result from a domestic violence charge. Call us at 732-450-8300, or email us to receive the information you need from an accomplished attorney.