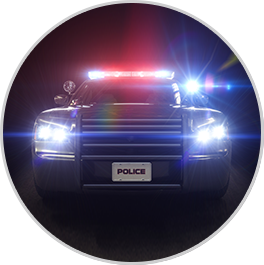 Accused of a Traffic Violation?
Let Our Monmouth County Criminal Defense Attorneys Help Your Defend Your Future and Freedom.
Get Your Free Consultation

When receiving a ticket for a traffic violation, many people pay the fine and suffer the consequences. A speeding ticket, a DUI, or another traffic offense can negatively affect your driving record and create additional legal problems for you down the road.

If you are convicted of a traffic offense in New Jersey, the New Jersey Motor Vehicle Commission (MVC) can add two or more points to your driving record. If you get 12 points in a two-year period or 15 points in more than a two-year period, your driver’s license can be suspended for 30 days or more. You will also be subject to hefty fines and will likely pay higher premiums for auto insurance for several years.

If you decide to plead guilty or if you are found guilty of a traffic violation in New Jersey, you could not only lose your license and driving privileges, but you could potentially face jail time. If you were in an auto accident, you might be held liable and sued for any injuries that were caused in the crash.

At The Law Offices of Jonathan F. Marshall, our firm represents individuals and residents who have received traffic violations in Monmouth County. In New Jersey, the penalties for traffic violations depend on the level of the offense.

We handle a variety of traffic offense cases, including:

If you are found guilty of reckless driving, you can receive up to 60 days in jail, a fine between $50-$200, or both. In addition, your driver’s license can be suspended for up to 90 days. If it is the second conviction, you can receive three months in jail, a fine between $100-$500, or both. You can also lose your driver’s license for up to 180 days. A careless driving offense adds 2 points to your driving record, while a reckless driving offense adds 5.

Driving with a Suspended License

There are several reasons that your driver’s license can be suspended. The main reasons include an accumulation of too many motor vehicle points, failure to pay insurance or a lapse of insurance coverage (administrative suspension). Driver licenses can also be suspended for reckless driving and DUI/DWI.

The penalties for driving without a valid license can seriously affect your life.

The penalties for driving with a suspended license can vary, depending on situations falling outside of enhancement. If a driver with a suspended license is involved in an accident resulting in personal injury, gets a DWI, or is driving without insurance, the penalties are enhanced. You can also be charged with fourth-degree driving while suspended if your license is suspended for drunk driving/refusal, you have a prior conviction for violating N.J.S.A. 39:3-40, or if it is a suspension for a second or subsequent driving under the influence violation.

Drivers have an obligation to maintain proper automobile liability insurance coverage on vehicles registered or principally garaged in New Jersey. An owner is guilty of driving without insurance if they operate their uninsured vehicle on a public roadway. A non-owner who is driving an uninsured vehicle may be in violation if they know or should know that the vehicle is uninsured. Circumstances that can imply reasonable notice that a vehicle is uninsured may include the lack of an insurance card or the presence of one that is expired.

There are severe penalties for operating a car, truck, motorcycle or another motor vehicle without liability insurance, and the penalties hinge on many factors. For a first offense, the mandatory penalties include a fine of $300-$1,000, a 1-year driver’s license suspension and the possibility of imposition of a period of community service. With a repeat offense, there is a fine of up to $5,000, 14 days in jail, and 30 days of community service at the time of sentencing on a second offense (or subsequent violation). The driver also faces an annual Division of Motor Vehicles surcharge of $250 for a period of 3 years if driving without insurance.

Leaving the Scene of an Accident

The statute N.J.S.A. 39:4-129 is rather lengthy and outlines the ramifications of leaving the scene of an accident. The statute requires a driver to remain at the scene if they are knowingly involved in an accident involving injury, property damage, or death. This means that the driver is aware the accident occurred or they know that there is a high probability that an accident happened. Knowledge is also presumed if the accident resulted in injury or death, or there is property damage in the amount of $250 or more.

The penalties for leaving the scene of an accident are dependent on damages and injuries that are sustained in the accident, such as:

A ticket for leaving the scene of an accident, a summons under 39:4-129 can be issued within 1 year of the violation.

Possession of a Controlled Dangerous Substance (CDS) in a Motor Vehicle

The violation for possession of a controlled dangerous substance (CDS) is a traffic ticket, but the penalties are significant if you are found guilty. N.J.S.A. 39:4-49.1 imposes harsh penalties for CDS possession in a motor vehicle. The person operating the vehicle faces a fine and mandatory 2-year suspension of driving privileges. If it is accompanied by a charge of criminal possession, the driver will not be eligible to get the suspension reduced or dismissed by demonstrating hardship.

There are 5 elements that must be established to convict you for driving with a CDS in your vehicle beyond a reasonable doubt, which include:

The law applies to drivers and not to individuals who are occupants of a motor vehicle. A person can be convicted only if his or her conduct is knowing. In other words, the driver was aware that drugs were in the car, truck, motorcycle or other vehicle being operated. You have a strong defense against this charge if you were unaware that your passenger was in possession of drugs.

New Jersey has some of the toughest penalties for DUI/DWI. It is one of very few states where a provision for a work license is not allowed and where suspension of driving privileges is mandatory for a first offense. Plea bargaining in these types of traffic cases is prohibited. The judge presiding over your DUI/DWI case cannot downgrade your charge unless there is a flaw in the prosecution’s case. Fines, surcharges and other penalties for a DUI/DWI in New Jersey are severe if you are convicted.

In a DUI/DWI case, the state can use scientific evidence or Standardized Field Sobriety Testing (SFST) to prove a case. Prosecutors typically use a breath test reading of 0.08% or higher to establish intoxication. If this test fails because of a malfunction or another reason, police can still rely on the results of a SFST to convict. An attorney will have to invalidate both forms of proof to avoid a DUI conviction since plea bargaining is illegal and not an option.

Most tickets can be downgraded or eliminated by an experienced traffic violation defense attorney. If law enforcement conducted a sloppy investigation, including misidentifying witnesses, providing a wrong depiction of the violation or the accident scene, or failing to document evidence that may have been in your favor, your case could be reduced or dismissed.

When contesting tickets, it is possible to challenge the prosecution’s evidence in your traffic violation case. For example, a radar gun used to determine your speed could be defective or not properly maintained, or surveillance camera footage could cast doubt that you drove through a traffic light.

If you were charged with several traffic violations, the prosecution could be willing to drop certain charges in exchange for a guilty plea to the most serious traffic offense. In another instance, the charges could be reduced or dismissed if you agree to participate in a driver improvement program.

In the case of a DWI, two attorneys at our firm, including Jonathan Marshall and Colin Bonus, have exceptional training in both breathing and SFST. Four of our attorneys are certified as Draeger Alcotest 7110 operators, which is a machine used by law enforcement in Monmouth County. With this knowledge, we can provide an experienced DUI/DWI defense to prove the test was inaccurate or faulty.

If you have been arrested, charged or received a traffic citation, it is in your best interests to hire a lawyer immediately. If you are facing a serious traffic violation or several violations, you need to have to have a strong, aggressive attorney on your side to assist in your defense.

Some of the lawyers at The Law Offices of Jonathan F. Marshall are former Monmouth County Prosecutors and Municipal Prosecutors who have over 100 years’ experience between them handling DWI and traffic offenses for clients. Contact us for a free consultation today to discuss your legal options.