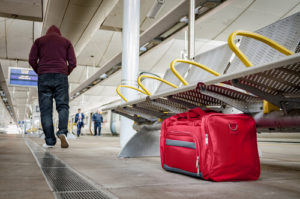 When someone goes too far in their efforts to intimidate someone, it can result in a terroristic threat charge. This is nothing to roll your eyes at as this offense is always an indictable felony crime in New Jersey whether the threat was to kill someone or not. This means that a conviction will result in penalties that include a state prison sentence of as much as five (5) years, thousands of dollars in finds, as well as ancillary consequences like mandatory counseling, probation and even a restraining order. If you have been charged with making a terroristic threat or companion offenses like harassment, aggravated assault or stalking, call our Freehold Office for immediate assistance. Our firm, The Law Offices of Jonathan F. Marshall represents a highly qualified defense firm in Monmouth County with multiple former prosecutors from the jurisdiction on staff and a team that has over 100 years of combined experience. We know our way around the Superior Court in Freehold NJ as well as all of the municipal courts in the county. If you were arrested in Asbury Park, Freehold, Tinton Falls, Red Bank, Belmar, Keyport or elsewhere in this area, call our terroristic threat attorneys now for help. A lawyer who is highly skilled in defending this charge will give you their time and guidance as to your best options for escaping a negative outcome.

New Jersey has made it a crime to threaten violence against someone under N.J.S.A. 2C:12-3 (“Terroristic threats”).

This law makes it a third degree crime to engage in a variety of threatening conduct. In this regard, N.J.S. 2C:12-3 provides that:

Terroristic threats are threats of violence, whether written or oral, that are designed to cause serious alarm. Examples of conduct that qualify under 2C:12-3 include threats to injure, maim or kill, as well as destroy property. What is pivotal is that the threat be such that the victim believes there is a serious compromise of their safety.

Material Elements. The prosecution must establish three (3) elements to obtain a conviction for terroristic threats. First, the prosecutor must prove that there was a threat. Second, the threat must involve the commission of an act of violence. Third, the purpose of the threat must have been to terrorize, cause an evacuation, or to cause serious public inconvenience OR the defendant’s actions were in reckless disregard to the risk of causing the requisite fear or inconvenience. In determining whether the threat was sufficiently terrorizing in nature, courts will apply a reasonable person sitting in the place of the victim standard. If an ordinary person would believe that there was an imminent threat to their safety then the required terror exists.

Grading. A terroristic threat offense typically comes in the form of a third degree crime. However, a second degree version of this charge arises if the threat is made “during a declared period of national, State or county emergency.” Both of these grades of charge are considered indictable offenses, the term used under NJ Law describe a felony.

Penalty. A conviction for the third degree crime of terroristic threats triggers penalties at the time of sentencing that include a jail term of between three (3) and five (5) years and a fine of up to $15,000. Second degree terrorist threats carries a five (5) to ten (10) year prison sentence and maximum fine of $150,000. Another common collateral consequence of a conviction is a final restraining order being up into place.

Whether made in a drunken state, in the context of a heated domestic disagreement/argument between a husband/wife or boyfriend/girlfriend, following a police beating or any other context, a terroristic threat charge has the potential to change your life. You could be sent to prison for years and suffer serious consequences if you are convicted of this offense. This is why it is paramount to find a skilled terroristic threat lawyer to defend your case. Our attorneys possession decades of experience defending this violation throughout Monmouth County, including Middletown, Wall, Ocean, Marlboro, Howell and Holmdel. If you were arrested for threatening to kill someone, destroy their property, or assault them, we can help you tell your side of the story. And even when the facts are not in your favor, we have the knowledge and contacts to minimize the ramifications of the charge. It is common for us to secure downgrades in cases you might find extreme. Call our Freehold Criminal Attorneys or Red Bank Office today for an immediate free consultation.