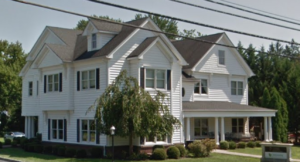 There are serious penalties if you are convicted of a criminal offense or serious traffic violation in Middletown. The attorneys at The Law Offices of Jonathan F. Marshall represent clients charged in Middletown New Jersey with a disorderly persons offense, indictable crime (i.e. first, second, third or fourth degree) and motor vehicle tickets. As former prosecutors who have even sat in Middletown on occasion, our team of eight criminal defense lawyers, have defended criminal and traffic offenses arising in the township for decades. This includes charges such as simple assault and possession of drug paraphernalia, as well as felony indictable crimes of the first, second, third and fourth degree. We have successfully represented thousands of clients over the last twenty years or so and an attorney on our team is prepared to invest the time necessary to obtain the best outcome for you. Call our Middletown Office for a free consultation with an accomplished criminal lawyer at 732-615-0039.

The Middletown Municipal Court is located just off State Highway 35 at 1 Kings Highway, Middletown, NJ 07748. The telephone number to reach the court between 8AM and 4PM Monday through Friday is 732-615-2036. Honorable Michael Pugliese conducts arraignments, motion hearings and trials on Monday at 8:30AM and the second and fourth Tuesday of the month at 6PM. Questions and scheduling requests can be directed to the Court Administrators, Sharon Modica and Vicki Whelan. Gerald J. Massell Esq. is the prosecutor and represents the state on all criminal complaints and traffic tickets issued by police within the township. The Middletown Municipal Court has limited jurisdiction decide motor vehicle summonses, disorderly persons offenses and municipal ordinance violations. Its authority does not extend to any charge that can result in more than six (6) months of incarceration, more specifically, crimes of the first, second, third or fourth degree.

As the largest and most populated municipality in Monmouth County, its understandable that it has some of the loftiest number of offenses filed each year. This is even the case with indictable charges like aggravated assault, distribution of drugs including cocaine, marijuana and heroin, and burglary. Even though arrests made for charges like these are referred to the Superior Court in Freehold, they are nevertheless the result of efforts by the Middletown Police Department. There were 901 crimes of the first-fourth degree filed in the Township during the year ending June 2014. Another 2,418 criminal complaints alleging some form of disorderly persons offenses including possession of 50 grams or less of marijuana, harassment, shoplifting and disorderly conduct were also written. The most significant numbers were in the form of motor vehicle and traffic tickets. There were 10,517 summonses for possession of CDS in a motor vehicle, reckless driving, driving while suspended/without insurance, and other violations written during this period. 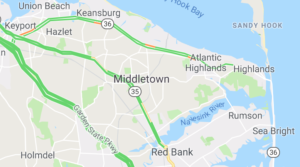 There is no doubt that Middletown’s rank as the most populated municipality in Monmouth County, its spanning approximately 58.7 square miles, as well as the presence of major roadways like the Garden State Parkway, N.J. Route 35 and N.J. Route 36, are major factors in the high number of criminal and motor vehicle charges handled by our lawyers in the township. Another consideration for the high amount of criminal complaints and tickets for traffic/motor vehicle violations, including DWI, is the fact that the municipality is not only patrolled by the Middletown Police Department but also members of the New Jersey State Police along the parkway, the National Park Services at Sandy Hook and Fort Hancock, and the U.S. Naval Police for certain roadways surrounding Naval Weapons Station Earle. An attorney with experience dealing with all of these agencies is available to defend you at our firm. 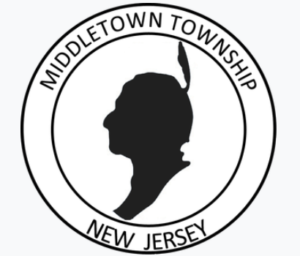 It is common for those arrested or receiving a summons/complaint to think that the best approach is to ignore the situation as if it will go away. We can unequivocally tell you that this is not the way to handle an offense as failure to prepare and present a formidable defense can leave you will significant penalties. So call our Middletown criminal attorneys to take advantage of the opportunity for a free consultation. A lawyer on our team will go over all the facts in question, advise you appropriately on the law, and provide a recommendation for defending whatever charge you are facing. Attorneys are available for immediate consultation by calling our Middletown Office at 732-615-0039.